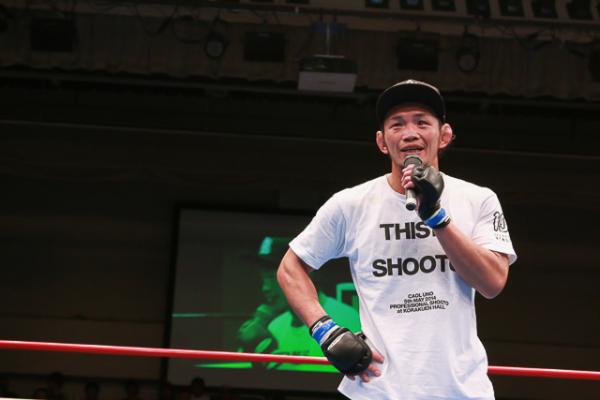 On Saturday, April 23, Shooto, the world’s longest running mixed martial arts promotion made its much anticipated debut on the Ultimate Fighting Championship’s digital streaming property, UFC Fight Pass. The loaded fight card featured many of the best fighters from under 155 pounds in Japan.

In the evening’s co-main event, Shooto welterweight champion Koshi Matsumoto defended his title against unbeaten challenger Yuki Kawana for the second time. The two young Japanese 154-pound fighters fought to a draw less than a year ago.

On the rest of the main card, Japanese MMA stalwart Yoshiro Maeda went toe-to-toe with Kosuke “Rambo” Suzuki. Maeda had fought and won on the highest stages, but his aggressive style that had produced twenty career finishes. Former UFC title challenger Caol Uno made his return to Shooto against Jason Childers. This action packed card features many of Japan’s top featherweights vying for position in the title picture.