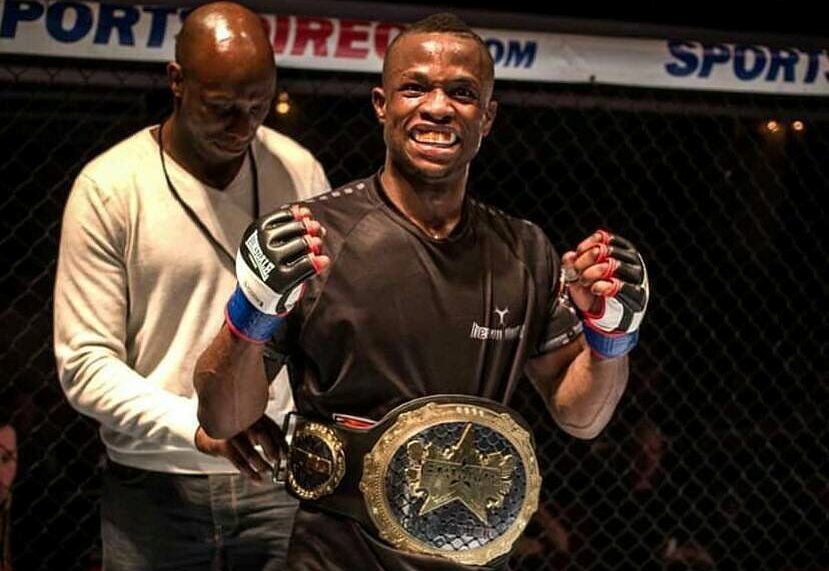 Typically, when people think of a sport like mixed martial arts, they probably expect to see the stereotypical muscular, alpha males with tattoos punching and kicking each other in the face. To be fair, that’s mostly what it’s been for the past 20 years.

The sport of combat has always been an avenue for young men, who either watch it or compete in it, to show off their masculinity and toughness, while the rest find excitement in their favorite fighters being arrogant in attitude and vicious in action.

The earliest purveyors of this stereotype were fighters like Dan Severn, Ken Shamrock and Tank Abbott. These were hard-nosed, no-nonsense fighters who obviously had the skill to be dominant, but would basically put it all out on the line. They were around in a time when MMA was fresh and new. Fans didn’t know what they were watching, but it was so exciting that they couldn’t look away.

Then came guys like Chuck “The Iceman” Liddell, with his mohawk and scalp tattoo, along with Quinton “Rampage” Jackson, who walked to the cage with a huge chain around his neck and howls as he enters the arena.

You get the idea. This is a sport known for its tough guys. Plain and simple.

However, recently, MMA fans have been introduced to tough, hard-nosed women as well — fighters like Ronda Rousey and Cristiane “Cyborg” Justino. Nowadays, you even have female fighters representing the gay community, including Liz Carmouche, the first female lesbian fighter to fight in the UFC. Amanda Nunes, a tough Brazilian bantamweight, is the UFC champion of her division. She’s also a lesbian, and she’s in a relationship with fellow fighter Nina Ansaroff, a strawweight.

Even with all of these women proudly expressing their lesbian status, the biggest minority in the sport is gay men.

Well, one man, who’s relatively unknown to MMA fans, has decided to take the initiative and reach out to the gay community in a very honest and candid manner.

Marc Diakiese, a fighter hailing out of England, became the first MMA fighter to pose for a gay magazine. Diakiese is not gay, which makes his decision to pose for a magazine appealing to the gay community even more extraordinary.

While there doesn’t seem to be much of a reaction from the overall MMA community, it would be a great step toward progress if people had something to say about what Diakiese did. Unfortunately, due to the fact that the young Brit is not a known figure among MMA fans, this story has mostly flown under the radar. If a former or current champion — a Dominick Cruz, Chris Weidman or Conor McGregor — had done this, it’s possible the whole sports world would have had a reaction.

The sport of MMA remains very masculine, so it’s going to be hard to get more fighters to do what Diakiese did. However, this is a great step forward for the sport. Even Diakiese comes off as very alpha-male-ish fighter with how he presents himself in the cage during fights. He’s very confident and can show some flare. So far, we’ve only seen two fights from him, which were both wins, but it’s going to be exciting to see what else he has to offer.

It should be noted that after UFC President Dana White had his own unfortunate run-in with the gay community, when he ranted on a YouTube video using a homophobic slur, he was forced to apologize shortly thereafter. It seems like the controversy affected quite a bit, too. He has since stated that his use of the term has been one of the biggest regrets of his career.

For the most part, the sport has made progress in accepting the gay community. As far as gay fighters being represented in the sport, it’s only been women who have come out so far. That’s something to be proud of, if you’re the owner of an MMA organization or a fan, but hopefully one day when a gay male fighter breaks that glass ceiling, he will be shown the same level of respect as any other fighter.

Diakiese should be applauded for what he did, and it should lead to more acceptance of the gay community by the MMA community, which can only lead to good things for the sport and help propel it even more into the mainstream.