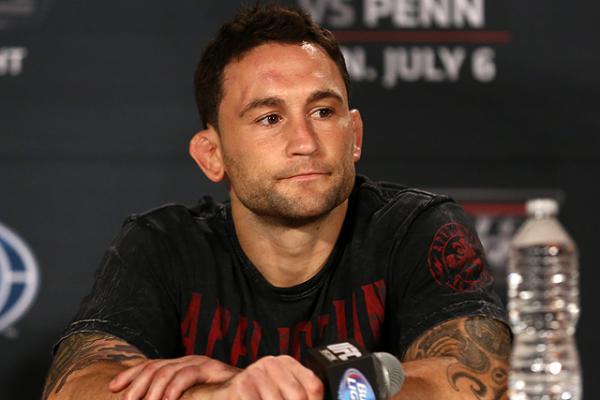 Frankie Edgar Is Still ‘The Answer’ in the Featherweight Division

Last Saturday night at the American Airlines Center in Dallas, Frankie Edgar proved once again why he is “The Answer.”

Now that he is 35 years old, some people think Edgar may no longer be the proverbial answer. So, when he was booked to fight Yair Rodriguez at UFC 211, there were a lot of people counting him out yet again. Time and time again, he has proved all his doubters wrong, whether they said he was too small for the lightweight division, or doesn’t have natural talent, or — this is the newest knock on the future UFC Hall of Famer — he is too old. Yet, Edgar gets the job done.

At UFC 211, the former champ and current featherweight contender put on the performance of his career. So many people were counting him out of this contest, but he took the fight to Rodriguez, who certainly has the potential to be a champion in the UFC.

Edgar is still at the top of his game. The way he absolutely picked apart Rodriguez was masterful. Not many people in the world can stand and strike with the Mexican prospect. Edgar, prepared as always, decided his best bet to win this fight would be to take the up-and-comer down and deliver some ground-and-pound.

For the better part of 10 minutes, the Toms River, N.J., native showed the world why he is still “The Answer” in the featherweight division. Edgar used his superior wrestling to take down Rodriguez and, more importantly, keep the prospect there while he delivered unrelenting pressure and ground-and-pound blows.

It’s not that Edgar beat Rodriguez, but it’s how easy he made it look. In his post-fight interview with UFC commentator Joe Rogan, Edgar didn’t even look winded in the slightest. He definitely didn’t look like he just got into a cage fight.

So, what is next for Edgar? It most certainly makes sense for him to get the winner of the featherweight title-unification bout between José Aldo and Max Holloway. Is that what the UFC wants for him? Maybe. There is no doubt that he is one of the good guys. No one ever speaks a bad word about Edgar. However, he genuinely seemed upset about where he stands in the current state of the 145-pound division.

Perhaps Edgar gets a lightweight title shot against Conor McGregor, assuming McGregor is done pretending to be a boxer. What’s most likely the next move for Edgar, though, is a third title fight with Aldo. If Edgar shows up to that fight the way he did on Saturday, then “The Answer” will once again be king.