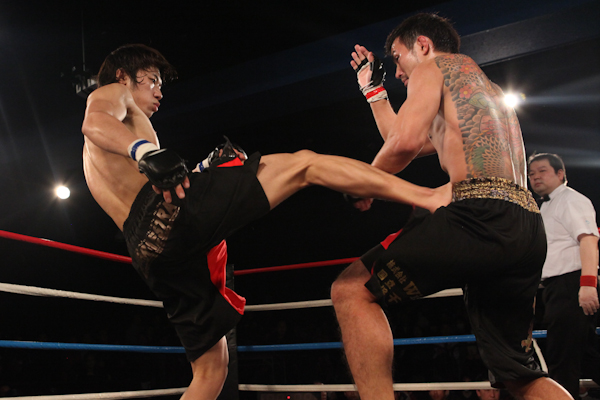 The event was headlined by a title bout featuring Mikuru Asakura and Yutaka Saito for the promotion’s featherweight belt. Asakura was riding an eight-fight winning streak and had compiled a 7-0 record within the organization. His opponent, Saito, is a seasoned MMA veteran who had compiled an 18-4-2 record and was coming off a devastating knockout victory via soccer kicks over Kazumasa Majima.

The co-headliner was a bantamweight clash between Hiromasa Ougikubo and Kenta Takizawa. Takizawa was coming off a split-decision victory in his Rizin debut and rode a two-fight winning streak heading into his bout with the 27-fight veteran Ougikubo, who had compiled a 2-2 record with the promotion since 2018.

In addition to the MMA offerings, the event featured four kickboxing bouts. This segment of the card was highlighted by a catchweight showdown at 60.5 kilograms between Taiga Kawabe and Yuma Yamahata.