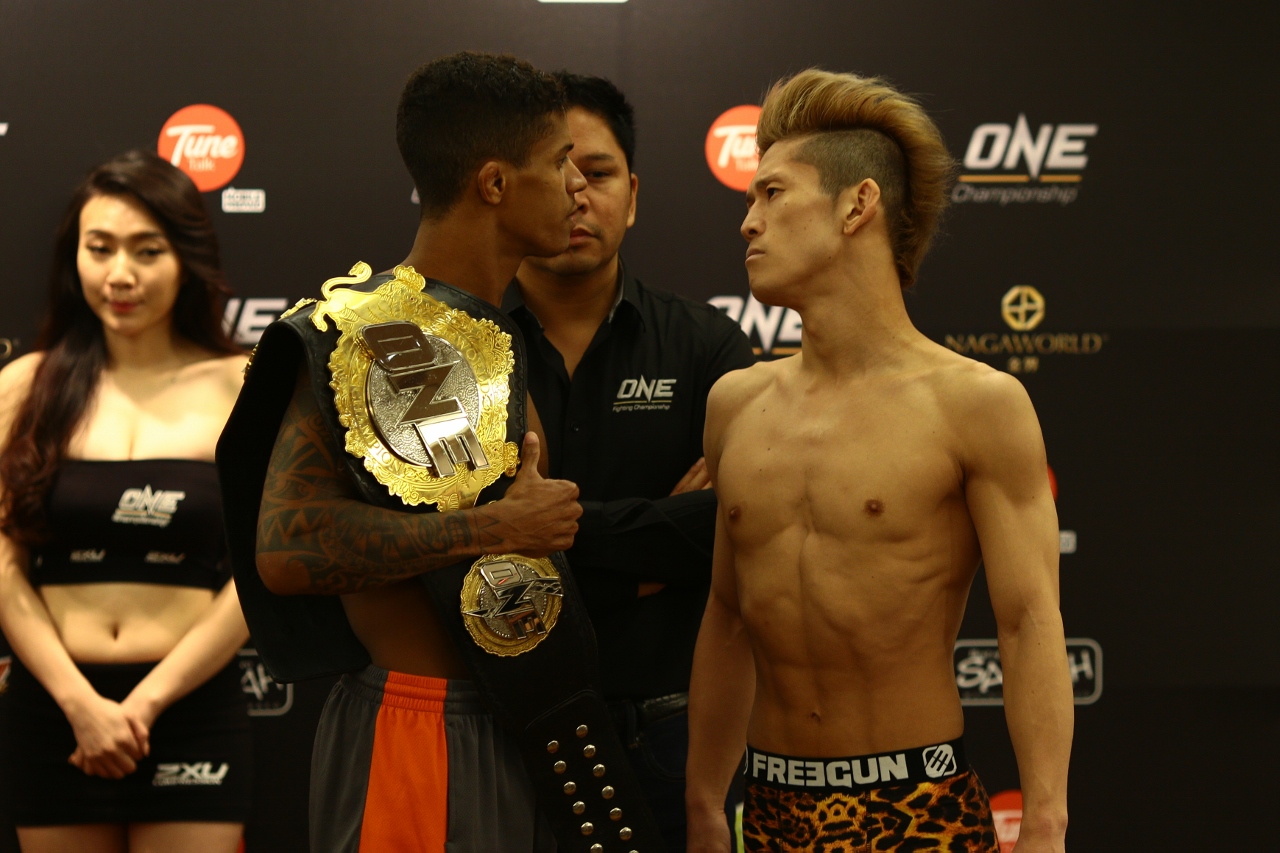 On Thursday, March 11, ONE Fighting Championship held the weigh-ins for its 25th event, dubbed Age of Champions, which takes place Friday, March 13, from the Stadium Putra in Kuala Lumpur, Malaysia.

In the night’s main event, the promotion’s flyweight champion, Brazilian Adriano Moraes, clashes with Japan’s Asuka “Riku Shibuya” Mikami. The 25-year-old Moraes has won three straight fights leading up to the title defense, all via submission. Through 13 career contests, the Brazilian has finished nine fights. Mikami, meanwhile, will be making his promotional debut. The 29-year-old found frequent success while competing under the Rings banner in his native Japan, reeling off 11 wins in 15 outings.

The night’s co-main event will feature a lightweight contest between Malaysia’s Peter Davis and India’s Rajinder Singh Meena. Davis has made seven appearances in the ONE FC cage, scoring six wins, including three straight finishes. Meena will also be making his promotional debut, but has earned eight stoppages in his eight career wins.