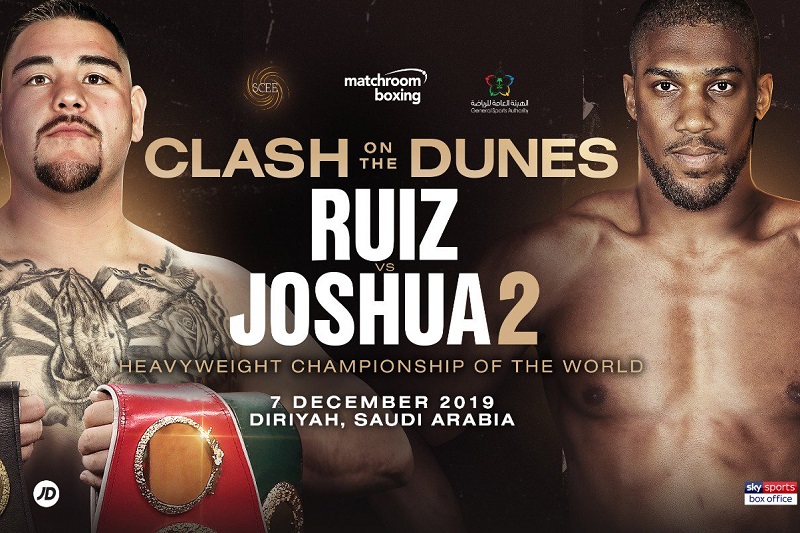 On Saturday, Dec. 7, Matchroom Boxing hosted Ruiz vs. Joshua 2 from the Diriyah Arena in Diriyah, Saudi Arabia, in a bout dubbed the “Clash on the Dunes.”

The event was headlined by a highly anticipated rematch between heavyweights Andy Ruiz, Jr. and Anthony Joshua. The pair met previous in June, with Ruiz scoring a stunning, seventh-round finish of the previously undefeated Brit. With the win, Ruiz captured the WBA, IBF IBO and WBO belts

The action aired live on DAZN starting at 12 p.m. ET.