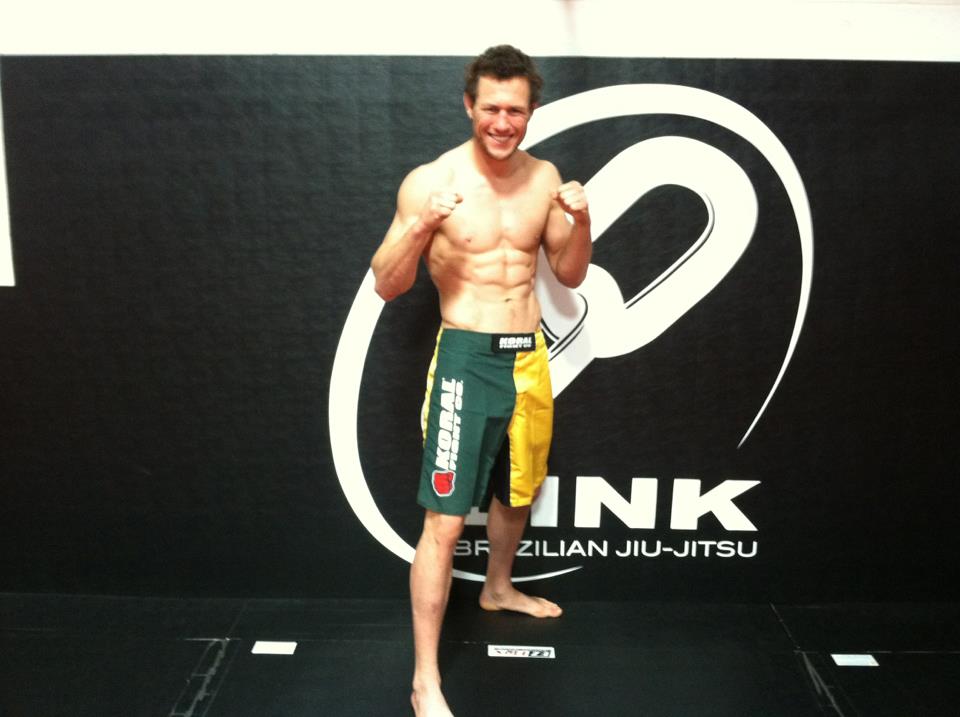 If you couldn’t tell, it’s a slow week for the regional and international circuits. Hell, we only found one event to include in our “Best of the Rest” section, which should indicate how slim the pickings are for the coming weekend. In terms of up-and-coming prospects, though, Inka Fighting Championship’s 32nd event takes the cake with bantamweight title hopeful Luigui Quezada. The undefeated fighter will lock horns with Gabriel Victorino in an attempt to claim the vacant Inka FC belt.

Quezada is a Peruvian fighter training with the Cyclops Fight Team. “Rayo” began his amateur run in 2015 with a loss, but he bounced back to score three victories to close out the year. He made the move to the pro level in 2016 and found plenty of success. In his debut, Quezada beat fellow rookie Renzo Torres by doctor’s stoppage. Later in the year, he added a submission finish of Oscar Eduardo Aragon Poma. He has gone on to add five more victories, including three additional stoppages, to his resume in the years that followed. Quezada has scored first-round finishes in his three most recent bouts.

Quezada’s 22-year-old counterpart, Victorino, also kicked off his pro campaign in 2016. However, the Brazilian has not fared as well as his counterpart. He alternated between wins and losses through his first four fights to post a 2-2 mark. The Team New Corpore export has gone on to string together the first back-to-back victories of his career, but they’ve come at extremely low-level regional events.

Victorino is just six fights into his professional career, but it’s already clear that he’s a mediocre talent at best. The Brazilian was submitted by rookie Diego Silva in just his second fight, and he was knocked out by Adriano Ramos, a 5-2 fighter at the time who is now 11-3.

The biggest knock on Quezada is the level of competition he has faced. With the exception of Jorge Cuenca Melendez and Adrian Luna Martinetti, “Rayo” has fought opponents who reside at or below the .500 mark. He might not be as good as his record suggests, which means an “upset” by Victorino wouldn’t be a huge shocker. However, the Peruvian has demonstrated killer instinct throughout his career and now faces an opponent who has been vulnerable to both submissions and knockouts in the past. Quezada deserves the benefit of the doubt in this one. Look for him to extend his streak of first-round finishes, most likely with a knockout.

AMMO Fight League’s seventh event was set to be a part of the “Best of the Rest” listings until one of our selected events was rescheduled. That gives us a chance to look at two veterans seeking a route back to the big show. Middleweight Jon Manley appeared on season 16 of The Ultimate Fighter, but he couldn’t hold onto a roster spot with the UFC. Now, Manley returns after a year of inactivity to meet Manny Walo, a World Series of Fighting veteran.

Manley’s time on the TUF series resulted in a run to the semifinals of the tournament, where he ultimately lost to eventual season winner Colton Smith. The Massachusetts native stumbled in his subsequent finale fight against fellow semifinalist Neil Magny. He parted ways with the UFC and won one more bout before taking more than a year away from action. Upon his return, Manley won one fight before going on a two-fight skid with losses to future UFC star Mike Perry and his upcoming foe, Walo. The 33-year-old responded with two more victories, but he suffered a loss in his most recent outing, which came a little over a year ago against Jeremiah Wells. Manley’s inactivity isn’t for lack of trying — he’s had four fights scrapped in the time since his decision loss to Wells.

The 32-year-old Walo has struggled to put together a run sufficient enough to get him a roster spot with the UFC or Bellator, but his resume isn’t too shabby. He boasts victories over Manley, Ben Fodor, Jason Norwood, the aforementioned Wells and George Sullivan. Unfortunately, he’s also stumbled against the likes of Chuck O’Neil, Rafael Celestino and Joey Pierotti. Walo has seen the scorecards in 12 of his 18 bouts, including his prior nod over Manley.

These two men met under the CES MMA banner in 2017, and Walo largely controlled the action in a stand-up battle. Manley struggled to get any offense going, and he couldn’t get a takedown. Manley does his best work on the mat, too, and Walo’s ability to keep the fight vertical played a significant role in the outcome.

Not much has changed in the two years since these guys last met. Manley has managed a 2-1 mark, and Walo is 1-2. They’re both trying to gain relevance, but neither is a world-beater or even a top prospect at this stage. If Manley’s history with AMMO is any indication, we also have to worry about whether this fight will actually come to fruition. If it does, Walo is likely to repeat by playing the point game on the feet and avoiding a ground battle at any cost.

By and far, Pancrase 307 is the crown jewel of this weekend’s regional and international set. The Japanese promotion is set to host three title bouts, including an intriguing strawweight scrap between Mitsuhisa Sunabe and Daichi Kitakata. However, it’s the showdown for the interim flyweight King of Pancrase that really shines. Shohei Masumizu and Masatatsu Ueda are set for a rematch to determine a champion.

The 33-year-old Masumizu has been loyal to the Pancrase promotion since his amateur days. Now, he’s 13 fights into a pro career with the organization. He was thrown to the wolves fairly early in his career. Following a debut win, he was booked against 42-fight veteran Toshihiro Shimizu and emerged with the decision win. He then bounced between inexperienced foes and adversaries with substantial experience. This stretch included wins over such notables as Yo Saito, Atsushi Yamamoto and his upcoming foe, Ueda. He also suffered a submission loss to Rafael Silva in the middle of this run. After his decision win over Ueda, Masumizu hit a rough patch in which he fell to Takeshi Kasugai and Yuya Wakamatsu, but he righted the ship with a trio of victories over 2018-19 that culminated with a decision over Riley Dutro. “Convoy” has claimed all but two of his wins via decision, but he has been stopped in all of his defeats.

Ueda has been a staple on the Japanese circuit since fighting to a draw in his pro debut against Susumu Kitajima. “Shoryu” put together a 9-0-2 campaign across various promotions, Pancrase included, before getting a huge step up in competition in 2015. The Ogata Dojo product didn’t fare well in these tests, instead suffering consecutive losses to Yasutaka Koga and Rildeci Dias. Ueda recovered to the tune of three straight wins, but then suffered another setback when he met Masumizu at Pancrase 284. Again, the 31-year-old rebounded, this time with a four-fight winning streak. Ueda has a slightly better finishing rate than Masumizu, but he also has only been finished on one occasion.

Ueda has a fairly strong record, but a deeper dive reveals a weaker strength of schedule than Masumizu. Remember, this is Masatatsu and not Masakazu Ueda that we’re talking about. Both men fight in the lighter weight divisions, but Masakatsu is the more feared of the two. Masatatsu, meanwhile, has fought some veterans, but the best of the bunch are probably Toru Ogawa and Kohei Kuraoka. When he’s stepped up to meet anyone tougher, he has consistently failed. Koga edged him in a split decision, Dias submitted him, and Masumizu came out ahead on the scorecards.

Masumizu has had his own stumbles, but he has already demonstrated that he’s the superior man in this pairing. He should provide fans with a repeat performance, this time with a title on the line.