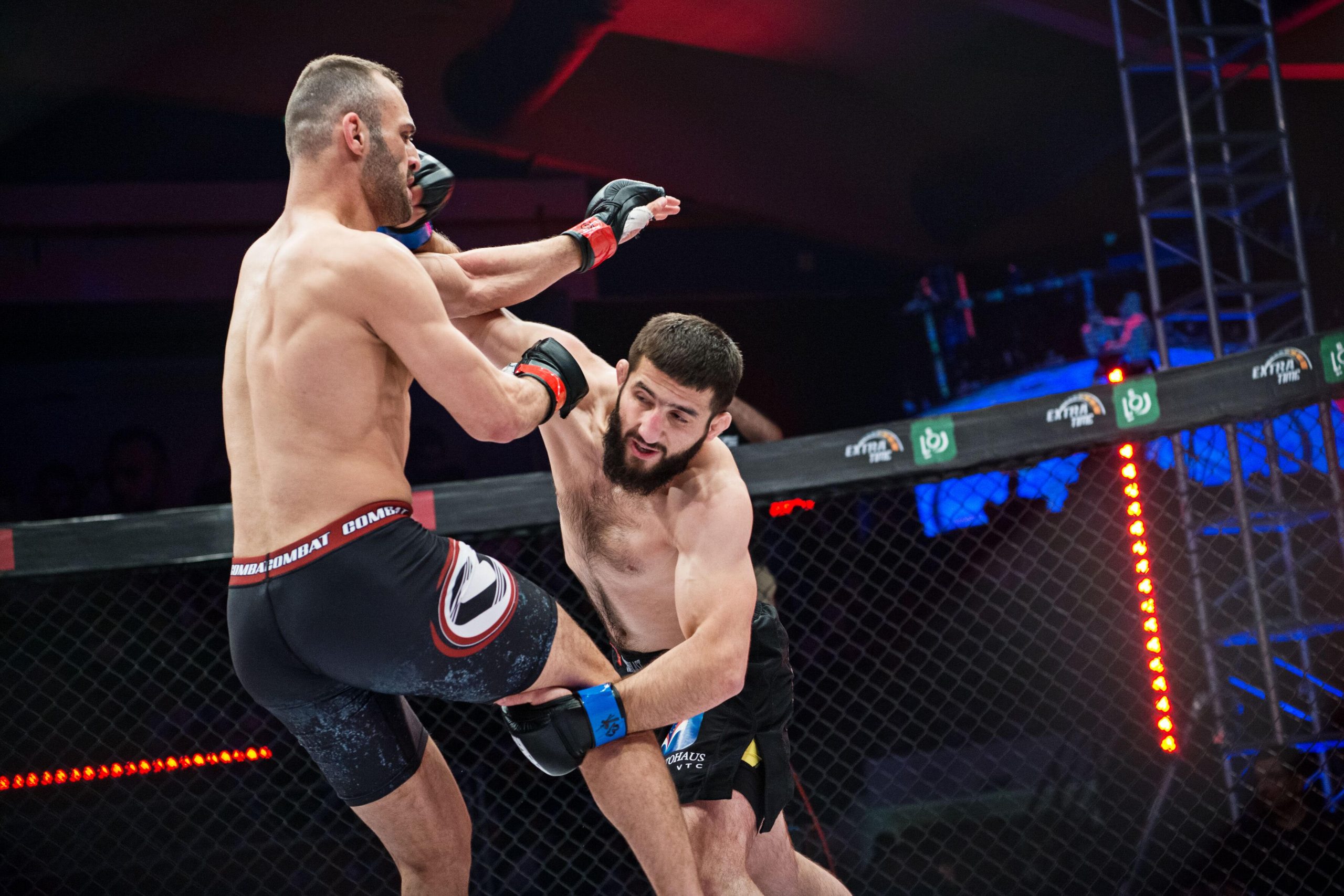 Abdouraguimov’s lone setback came in a rematch with Jarrah Al-Silawe. The 25-year-old Russian had eked out a split decision over Al-Silawe at Brave CF 23 to claim the league’s welterweight crown. The rematch was far more decisive, however, with Al-Silawe scoring a third-round TKO finish to take the title back. Prior to his two title fights, Abdouraguimov had amassed nine straight wins to kick off his pro career. He debuted in 2016 and quickly started taking on veteran competition. The young fighter holds stoppage victories over seasoned vets Gael Grimaud and Sidney Wheeler, plus decision nods over UFC castoff Viscardi Andrade and Bellator veteran Rodrigo Cavalheiro.

Britain’s Booth slots nicely into the familiar profile of Abdouraguimov’s non-title foes. He holds a respectable record, solid experience, and enough skill to pose a potential threat to the up-and-comer. Booth has his own split pair of fights with Al-Silawe, too. In his 2014 pro debut, the Brit knocked out Al-Silawe in just 31 seconds under the Cage Warriors banner. More than three years later, he dropped a decision in the rematch. “The Bomber” has since climbed back toward a rubber match with the champ by scoring wins over Dino Bagattin and UFC veteran Hayder Hassan. In addition to his one stumble against Al-Silawe, Booth has also lost to Sadibou Sy, who went on to fight in the Professional Fighters League, and journeyman Carlston Harris.

There’s little doubt that the prize for the victor of this one is a rubber match with the champ Al-Silawe. Booth scored his victory over the titleholder long before either man was under contract with Brave CF. In fact, it was only the second pro outing for Al-Selawe. Abdouraguimov’s victory against the welterweight kingpin came much more recently, but it was a very close decision that Al-Selawe avenged in the rematch with an actual finish. Given Abdouraguimov’s track record against other opponents, the Russian would seem to be the more intriguing challenger in a rubber match. First, though, he’ll have to get past Booth.

Booth tends to get his finishes by knockout. He’s a striker who could prove effective against a grappler like Abdouraguimov. The Brit’s best bet would be to look at the tape of Abdouraguimov’s second fight with Al-Selawe and attempt to replicate that strategy. Perhaps the toughest part for Booth will be defending against Abdouraguimov’s takedowns. If Booth can’t stay on his feet, he’s going to have a hard time scoring points against the Russian.

The big lingering question here is whether Abdouraguimov’s heart is in this fight. He briefly retired from MMA after his victory over Al-Selawe, and he quit after the third frame in their rematch. If he’s not fully committed here, Booth could pull off a TKO victory. However, it’s likely the loss to Al-Selawe has ignited a fire in Abdouraguimov to prove himself the superior man once again. He has to be given the benefit of the doubt, at the very least. If the Russian is back to his old self, he should be able to get this fight to the mat and add to his career tally of six submissions with a tapout of Booth.

Outside of Brave CF’s big show, this weekend’s focus is on emerging prospects in Japan. Let’s start with Pancrase, where undefeated lightweight Toshiya Kimura attempts to add to his resume against middling veteran Doteki Ogawa.

The 28-year-old Kimura is perfect at the pro level, but he’s fought solely in Osaka-based events for Deep and Pancrase. His 2018 debut came against sub-.500 fighter Ichiki Tanaka and ended in a decision nod for the upstart. He’s gone on to add two knockouts and a split verdict to his record. The split decision came against Tomoya Suzuki, who sports the best record of any of Kimura’s opponents.

Ogawa, 29, will overtake the aforementioned Suzuki as the most accomplished foe yet for Kimura. That’s not saying much, as Ogawa checks in at 8-6-1, compared to Suzuki’s 7-6-3 mark. Ogawa debuted in 2010 and has had an up-and-down career. He won his first three pro contests, but he has not strung together back-to-back victories since then. Ogawa has stuck to low-level competition, which only makes his mediocre record all the more troubling.

This should be a showcase fight for Kimura to further help boost his confidence against veteran competition. Furthermore, Ogawa is coming off a victory in his last fight, which would suggest that he’s due for another loss. Kimura tends to get his work done on the feet, which should give him a strong shot against a fighter who has suffered all of his stoppage losses by knockout. Kimura should find the finish in this one.

Deep is set to piggyback on Pancrase’s Osaka show with one of its own at the same venue once Pancrase’s event concludes. Deep’s undefeated prospect can be found in the featherweight division, where Kouki Nakagawa puts his unblemished record on the line against Taka Tsugu.

Nakagawa, like Pancrase’s Kimura, made his way up through amateur Shooto tournaments before turning pro. He made his professional debut in 2017, but his competition leaves a lot to be desired — the best fighter on his record held a 2-2 mark when the pair met. Nakagawa squeaked by in a pair of close decisions, and he has only managed one finish, which came via submission against Yutaka Imamura, who was just 3-10 prior to his loss to Nakagawa.

Deep is giving its undefeated prospect a far tougher challenge than Pancrase is throwing at its up-and-comer. Tsugu has just two losses through 11 fights. However, those setbacks came in his last two bouts against the same opponent, Taku Max. Max is far below the .500 mark and yet was able to submit Tsugu on one occasion and then decision him in the rematch. Tsugu’s eight wins include three each by way of knockout and submission.

Tsugu’s overall mark is enough to suggest that he can play spoiler to Nakagawa, but those losses to Max are atrocious. Tsugu has never won at a high level, and there’s a good chance his record is inflated due to the low level of competition he’s seen in his career.

It wouldn’t be a shock to see this fight end in a razor-thin decision. Nakagawa has a lot left to prove before he can be considered a breakout prospect for Deep. He’s been able to stop a couple of his opponents on the feet, though, and there’s a chance he can use his striking skills to get the upper hand on Tsugu when the scorecards are read.