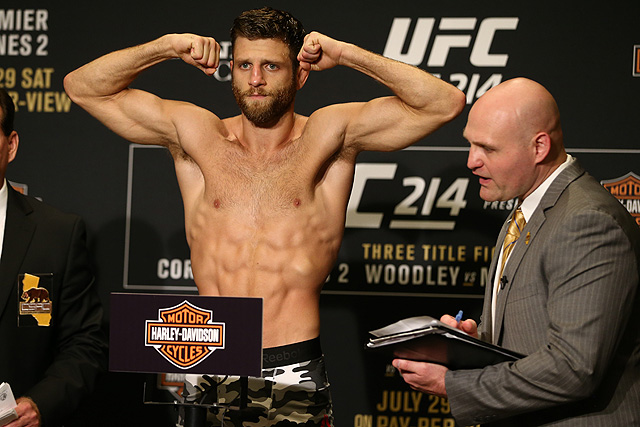 On Wednesday, July 15, the UFC hosts the second event from “Fight Island” as it again visits the Flash Forum on Yas Island in Abu Dhabi.

In the night’s main event, featherweight contenders collide as Boston’s Calvin Kattar meets Hawaii’s Dan Ige. The 32-year-old Kattar has won three of his last four inside the Octagon, including a second-round stoppage of Jeremy Stephens at UFC 249 in May. After dropping his promotion debut, Ige has now reeled off six straight wins. He most recently edged Brazil’s Edson Barboza on the scorecards in May.

The event kicks off with the preliminary card airing live on ESPN at 7 p.m. ET. The main card follows at 10 p.m. ET, also on ESPN.

The fighters hit the scales on Tuesday, July 14.

* – Alhassan and Fishgold both missed weight and will be fined a portion of their respective fight purses. Bergh did not weigh-in and his fight with Gonzalez has been canceled.