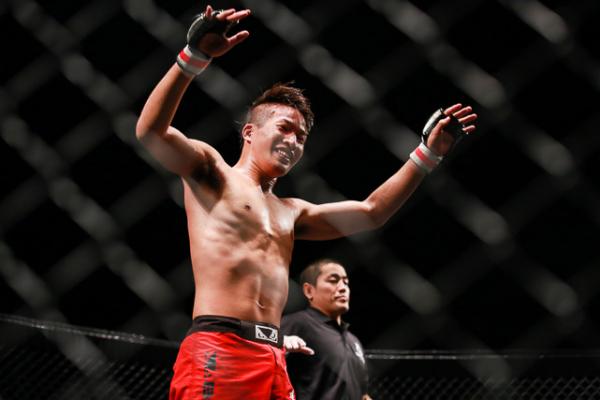 New England Fights promotion returns to Bangor, Maine for the first time in three years with a special night of fight for the fans. The promotion will be graced with the presence of Ultimate Fighting Championship President Dana White on his trip to scout up-and-coming talent for the world’s largest fight promotion. White is coming home to the state where he graduated high school and still owns a home, but this time he will return with the cameras and crew from the new Fight Pass original show, Lookin’ for a Fight.

The Lookin’ for a Fight series features Dana White traveling across the country with former UFC welterweight champion Matt Serra and Nick “The Tooth” to enter into various contests, competitions and ultimately, find the next big star for the promotion. The three very outgoing personalities clash in ways that create hilarity for the viewers on the promotion’s budding digital streaming service. The point of the show is not to show the various hilarious ventures of the UFC President and his running mates, but to showcase the young prospects fighting their way into the biggest stage in the world. Sage Northcutt is undoubtedly the biggest name to be featured on the show, however his social media presence and the promotional push are what catapulted him into the MMA spotlight.

The NEF fight card on Friday night features a clash of prospects with much more at stake than the win. An impressive victory could potentially land either fighter in a position to sign on the dotted line with the UFC.

One of those prospects looking to earn his place in the UFC with a victory is 20-year-old Brazilian Ricardo “Carcacinha” Ramos. The bantamweight began his professional career on an impressive eight-fight winning streak before dropping his most recent outing against Manny Vazquez at Legacy FC 51. Ramos couldn’t capture the vacant Legacy bantamweight title, however his stock as a prospect hasn’t taken a dive. Ramos has finished seven of his eight wins including five by way of submission.

The fighter standing opposite of Ramos on fight night will be Glendale Fight Club member Alfred Khashakyan. The 28-year-old Californian finished all seven of his victories by knockout. Khashakyan dismantled his last two opponents in under three minutes. Khashakyan trains under the tutelage of Edmond Tarverdyan, the now famous coach of former UFC women’s bantamweight champion Ronda Rousey. Expect this fight to get started quickly with both fighters looking for the quick finish wherever the fight takes place.

Brazilian promotion Aspera Fighting Championship makes the promotion’s debut in Cosmopolis in São Paulo. Aspera FC invades the Ginásio Antônio Damiano with an excellent fight card featuring top prospects Allan Nascimento, Gustavo Erak and Leandro Silva. Those aren’t the only prospects fighting for position in the promotion’s ranks and a potential spot in the UFC or Bellator MMA. One of the top female fighters in Brazil returns to the cage to build her already impressive record.

Viviana Pereira has already amassed an impressive career resume in just under four years of work inside the cage. The 22-year-old fighting out of Fortaleza has faced top competition on her rise through the regional rankings in Brazil. “Sucuri” has picked up big wins over Poliana Botelho, Liana Pirosin and Vanessa Guimarães in her undefeated career. Pereira has compiled 11 victories in her professional career with six of those wins coming by way of stoppage. Pereira defeated Invicta veteran Duda Yankovich on her climb through the ranks. She entered the XFC International women’s strawweight tournament and beat all three opponents on her way to the tournament crown. She won the promotion’s title in her next outing after another impressive showing inside the cage

Pereira puts her undefeated record on the line against Carolina Karasek. The Brazilian striker will be happy to meet Pereira in the center of the cage. Karasek, 35, has picked up five professional wins in six career fights with her lone defeat coming by split decision. Karasek has finished all five of her victories with four of the stoppages taking place on the ground. Karasek recently picked up the Copa Striker’s House women’s strawweight title with a third round submission win over Anne Karoline. Don’t blink as these ladies will be quick to end the fight if the opportunity arises.

One of the longest running combat sports promotions in Japan, ZST, returns to Shinjuku Face for back-to-back events on Sunday. The 16-fight, double headliner will feature many of the promotion’s top prospects and strong competitors from various Japanese promotions. Of those prospects, the most intriguing fighter on the card is the unbeaten bantamweight Go Kashiwazaki.

Kashiwazaki is considered to be among the best bantamweight prospects in Japan. The 20-year-old has won seven straight fights and is unbeaten in his 17-fight career. The skilled K-Place gym disciple has gone the distance just three times in his career, once in a twenty-five minute championship bout with former ZST champion Keisuke Fujiwara and two other times in two-round fights that were considered draws due to the ZST rule set. Kashiwazaki is a skilled striker who wins most of his fights on the mat, finding the submission in 11 of his 15 victories.

Shooto Watanabe challenges Kashiwazaki for his ZST bantamweight title when the fighters finally meet again after their first clash in February of 2014, the last time Watanabe dropped a fight. Watanabe trains out of the Strapple Shinyurigaoka gym in Kawasaki, Japan. Watanabe has won five of his seven bouts since his last meeting with the vaunted bantamweight prospect.

Kashiwazaki is a strong grappler with a knack for finishes. Watanabe is a strong finisher as well, having stopped seven of his nine victories, however Kashiwazaki will have an advantage if the fight were to hit the ground. Kashiwazaki is the better striker and wrestler of the two, which doesn’t leave much room for error by Watanabe. With another victory, Kashiwazaki could find himself in the RIZIN ring as the promotion’s head Nobuyuki Sakakibara has kept a close eye on the rising bantamweight prospect.