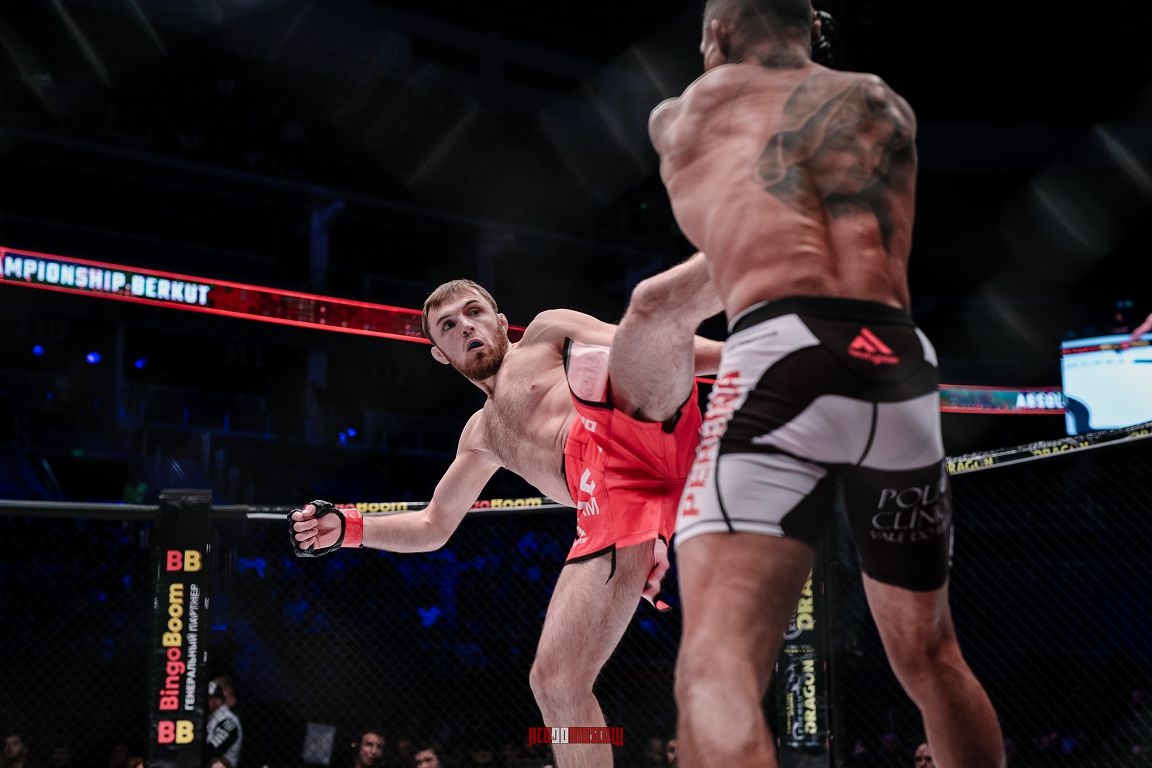 Let’s examine the bantamweight division, a weight class that is loaded with good, young talent and is rapidly becoming one of the most entertaining divisions in the UFC.

Kerimov makes his second straight appearance in this series. The undefeated Dagestani fighter really looks to be the best bantamweight fighter outside of the UFC and Bellator. He’s still young at 26 years old, which means there are many good years ahead for this fighter that could include contendership in the UFC.

A well-rounded individual, Kerimov is not afraid to mix it up on the feet, nor is he worried about using his wrestling and submission grappling. Three of his last four wins have come in the first round by knockout. After ending 2017 by finishing UFC veteran Takeya Mizugaki, he had just one fight in 2018, but it was a decision victory over the highly respected Oleg Borisov. Obviously, Kerimov has a pretty stacked resume.

Kerimov is already scheduled to compete in 2019, when he will defend his Absolute Championship Akhmat (formerly Berkut) title against Abdul Rakhman Dudaev, another guy who could have made this list. It will be an incredibly stiff test. If Kerimov can pass it, the UFC will have to pursue him as soon as possible.

Another year of this prospect series, another year when we include 18-fight veteran Magomedov. The Russian has consistently proven to be a top Russian fighter in the entire country, which means the UFC needs to get its hands on him ASAP.

A strong wrestler and ground fighter, Magomedov is known for his takedowns and submission ability. He does own knockouts, but some of those came from ground-and-pound stoppages he’s secured from top position. Magomedov had another successful year in 2018. He bested Edgars Skrivers before using a wicked guillotine choke to put away Walter Pereira Jr.

Magomedov probably would be in the UFC right now had he not dropped a rematch to Petr Yan in 2017. The loss delayed a look from the UFC, which would later sign Yan instead. It would be awesome if Magomedov did sign and then gets booked for a rubber match with Yan, whom he has a 1-1 record against. It would be a cool story and would be a great fight should the UFC head back to Russia in 2019.

Prior to 2018, not too many people probably knew of Maness. He was just a small-promotion fighter from the East Coast scene, accumulating wins over other local talent. However, over the course of 2018, we saw him compete in the reputable TKO promotion in Canada and witnessed the birth of a top prospect. The tall, talented bantamweight decided to put himself on the map. Now, he’s one of the best 135-pound prospects in the world.

Undefeated as both a pro and an amateur, Maness has a pretty even mix of decisions and finishes. He has a pretty solid jiu-jitsu game. He mixes it well with his stand-up and ground-and-pound, which has also earned him stoppages. He added his biggest career win to date in his most recent outing, where he finished former top prospect Jesse Arnett via second-round TKO. That win, plus a victory over Caio Machado, have established Maness as one to watch in the division.

Maness is already scheduled to fight again for TKO early in 2019. He’s set to take on UFC veteran Taylor Lapilus. The fight takes place on UFC Fight Pass, so you can expect this to be a test for Maness in front of the UFC brass. If he fails, he goes back to the drawing board. If he wins, especially in impressive fashion, expect the UFC to have a contract waiting for him.

Mix is possibly one of the best American prospects at any weight class right now. The New Yorker is just 25 years old, but he has already become a top attraction for the King of the Cage promotion, where he reigns as the compan’s champion at 135 pounds.

Mix is an excellent submission grappler. Six of his victories come by way of tapout. His striking is coming along as well. He spends some time at Jackson-Winkeljohn MMA in New Mexico. He’s also gifted with great size for a 135-pounder — Mix stands 5-foot-11 with long limbs and plenty of meat on his bones. Since debuting, he hasn’t really taken easy fights, either. He owns a win over UFC roster member Andre Ewell in 2017. In 2018, he scored submission wins over fellow prospect Tony Gravely (via guillotine), Fard Muhammad (rear-naked choke) and veteran Keith Richardson (kneebar).

At such a young age and with the UFC frequently visiting New York, Mix is an obvious signing to put on a Madison Square Garden or Barclays Center undercard. He could be in contention in a couple years, so the UFC can build him up and let him impress the fans with his abilities. The bantamweight division is a shark tank right now, but Mix can definitely navigate the waters.

Shore is a large fighter with a 5-foot-9 frame. He fights like a guy at a larger weight class, too. He’s very strong and explosive, which helps him achieve clinches and takedowns. Shore is very active on the ground, where he throws many strikes and searches for submissions. He has a high finishing rate in that regard. Shore scored three victories in 2018. He started with a decision over UFC veteran Vaughan Lee to get his name in the headlines. He then scored knockout wins in headlining bouts over Weslley Maia and fellow top prospect Mike Ekundayo.

The UFC is heading to England in the first quarter of the year, so the addition of Shore to the undercard seems almost too obvious. Cage Warriors has a good relationship with the UFC and would likely let Shore pursue an opportunity with the UFC. Shore’s still very young, so he could have many strong years ahead of him.