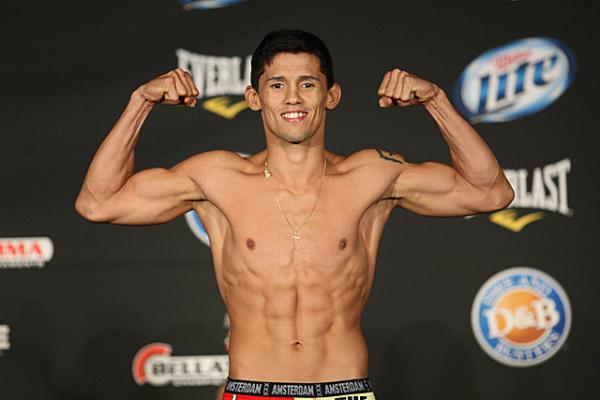 On Friday, Dec. 2, Bellator MMA will host its 166th event from the WinStar World Casino and Resort in Thackerville, Okla. The event is the first of back-to-back events by the promotion, with Bellator 167 taking place Saturday, Dec. 3 from the same location.

In the night’s main event, bantamweight champion Eduardo Dantas takes on former two-division champion Joe Warren for the second time. The pair met previously at Bellator 128 with Warren dethroning the Brazilian of the title by unanimous decision. Warren would lose the belt to Marcos Galvao in his first defense, allowing Dantas to recapture the title by defeating his countryman.

Also on the main card, the aforementioned Galvao takes on WEC veteran L.C. Davis in a pivotal bantamweight contest.

The action kicks off Friday with a live preliminary card stream on Combat Press at 7 p.m. ET. The night’s main card will air on Spike TV beginning at 9 p.m. ET.

The fighters hit the scales at 3:30 p.m. ET on Thursday, Dec. 1. A live video stream (courtesy of Bellator MMA) appears above, while the results appear below.