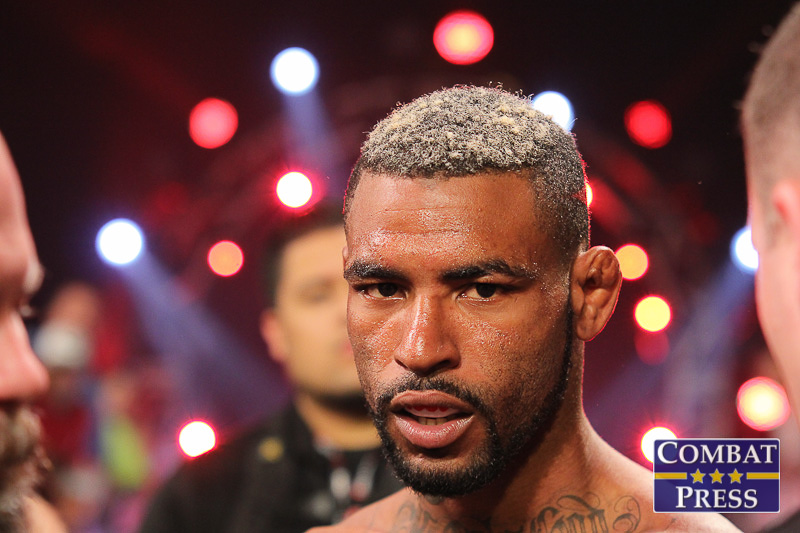 On Friday, Oct. 6, Bellator MMA hosted its 184th event from the WinStar World Casino and Resort in Thackerville, Okla.

In the night’s main event, the promotion’s bantamweight champion, Eduardo Dantas, looked to defend his title against Darrion Caldwell. The Brazilian Dantas recaptured the 135-pound belt with a decision win over Marcos Galvão last June and hadsince defended it against Joe Warren and Leandro Higo in hard-fought battles. The decorated wrestler Caldwell opened his career with eight straight victories, but was upset by Joe Taimanglo last July. The pair rematched in December with Caldwell exacting revenge and earning a crack at gold.

The action kicked off Friday with a live preliminary card stream on Combat Press at 7 p.m. ET. The main card followed on Spike TV at 9 p.m. ET.