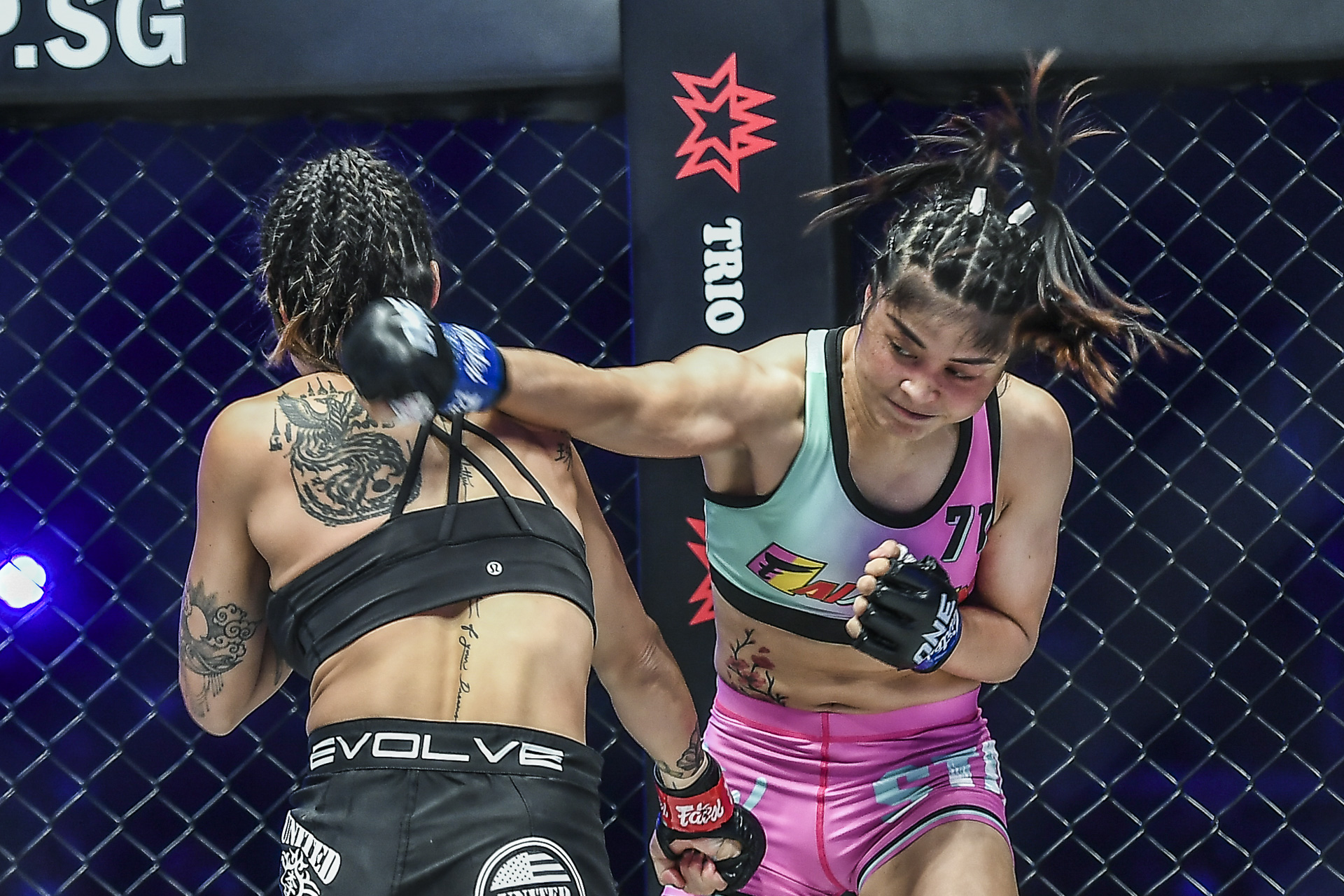 Stamp Fairtex will stand beneath the spotlight once more on Friday, Jan. 13, when she goes toe-to-toe with striking great Anissa Meksen in ONE Championship’s first-ever women’s mixed rules super-fight at ONE on Prime Video 6: Superbon vs. Allazov.

However, before she makes the walk down the aisle for that exhilarating matchup, Stamp has been reflecting on her 2022.

In an interview with ONE, the former two-sport queen detailed why she was grateful for her match against Angela Lee at ONE X, in which she failed to capture the ONE atomweight championship, as it helped her silence the critics.

“My life has been pretty cool this year. First thing first, I had a big chance to face Angela Lee for the world title. Although I lost, I didn’t regret sharing the Circle with her. I learned a great lesson from that fight. It was a big, good test for me,” Stamp said.

“Plus, with my performance in that fight, I proved the haters wrong. Previously, a lot of people underestimated my MMA skills. I’ve been able to prove myself in fights and make those trolls silent. It was a great year.”

Stamp’s rise has been well-documented, down to Rich Franklin’s story of finding the talented Thai by hearing her hit pads as he was scouting other prospects. It is those days in the gym that keeps the superstar humble. Though she has ascended to fame and glory, she remains the same energetic young gun that first arrived in ONE.

“I’m proud of myself. I have come a long, long way from being an ordinary girl to becoming an idol for many people around the world right now. I’m proud of my all endeavors and efforts to overcome each task in my life until today,” said Stamp.

“But, although I’m famous, I’m still the same old Stamp for everyone. There’s no way I’m acting arrogantly. Everyone in the gym can slap my head like before!”

As her match with Meksen nears, Stamp knows the bout is a great way to begin her new year with a bang. A win in a highly anticipated matchup against an all-time great would only bolster her star power and bring her closer to title contention.

While she prepares for that matchup, she is also looking at returning to Muay Thai amidst her run back toward the ONE atomweight world title and Angela Lee. Suffice to say, Stamp has monster plans for the new year.

“The year 2023 would be my ideal year. Of course, I’m going to start the year with a special-rules fight. It will be a great opportunity to write a new page of my own history, to create my own legacy. And it’s a good start to the year,” she said.

“Later, I think I’ll find a way back to fight in Muay Thai for fans who miss me. I hope that Chatri would allow me to come back to Muay Thai sometime next year.”

“And for sure, I will improve my ground game more and more, with the hope of challenging Angela Lee again.”

ONE on Prime Video 6: Superbon vs. Allazov airs live at 8 p.m. ET on Friday, Jan. 13. The event is free for all Amazon Prime members in the U.S. and Canada.