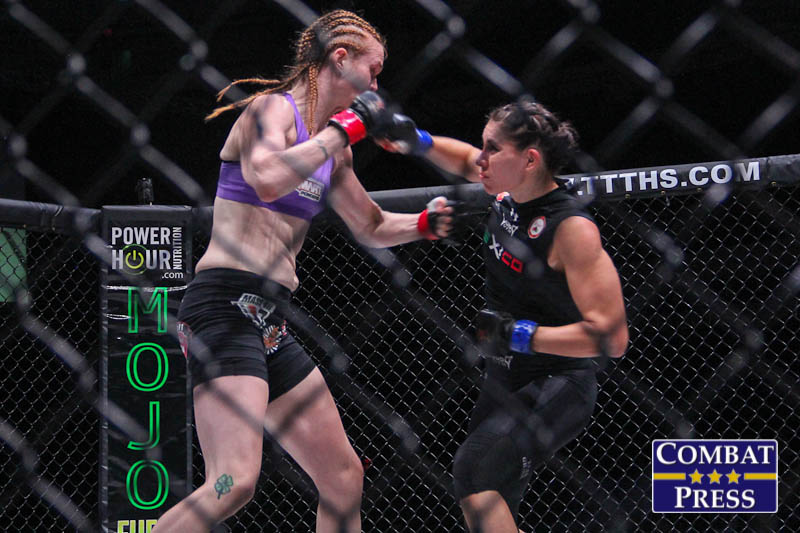 The Invicta FC 10 fight card has undergone a last-minute change.

Mexican bantamweight Irene Aldana has been hospitalized with bronchitis and has been forced out of her bout with Marion Reneau. The promotion has announced that the fight has been rescheduled for early 2015.

Aldana was looking to build on the momentum of her first-round submission win over UFC veteran Peggy Morgan at Invicta FC 8, but will have to wait for her promotional return.

California’s Reneau was slated to make her promotional debut riding a three-fight winning streak. “The Bruiser” was last in action in July, scoring a first-round armbar finish of Maureen Riordon at RFA 16. All four of her career wins have come before the final bell.

Invicta FC 10 takes place from the Arena Theatre in Houston on Dec. 5. The event will stream live via the UFC’s digital network, UFC Fight Pass. The event will be headlined by the promotion’s atomweight champion, Michelle Waterson, who will square off with Brazil’s Herica Tiburcio.