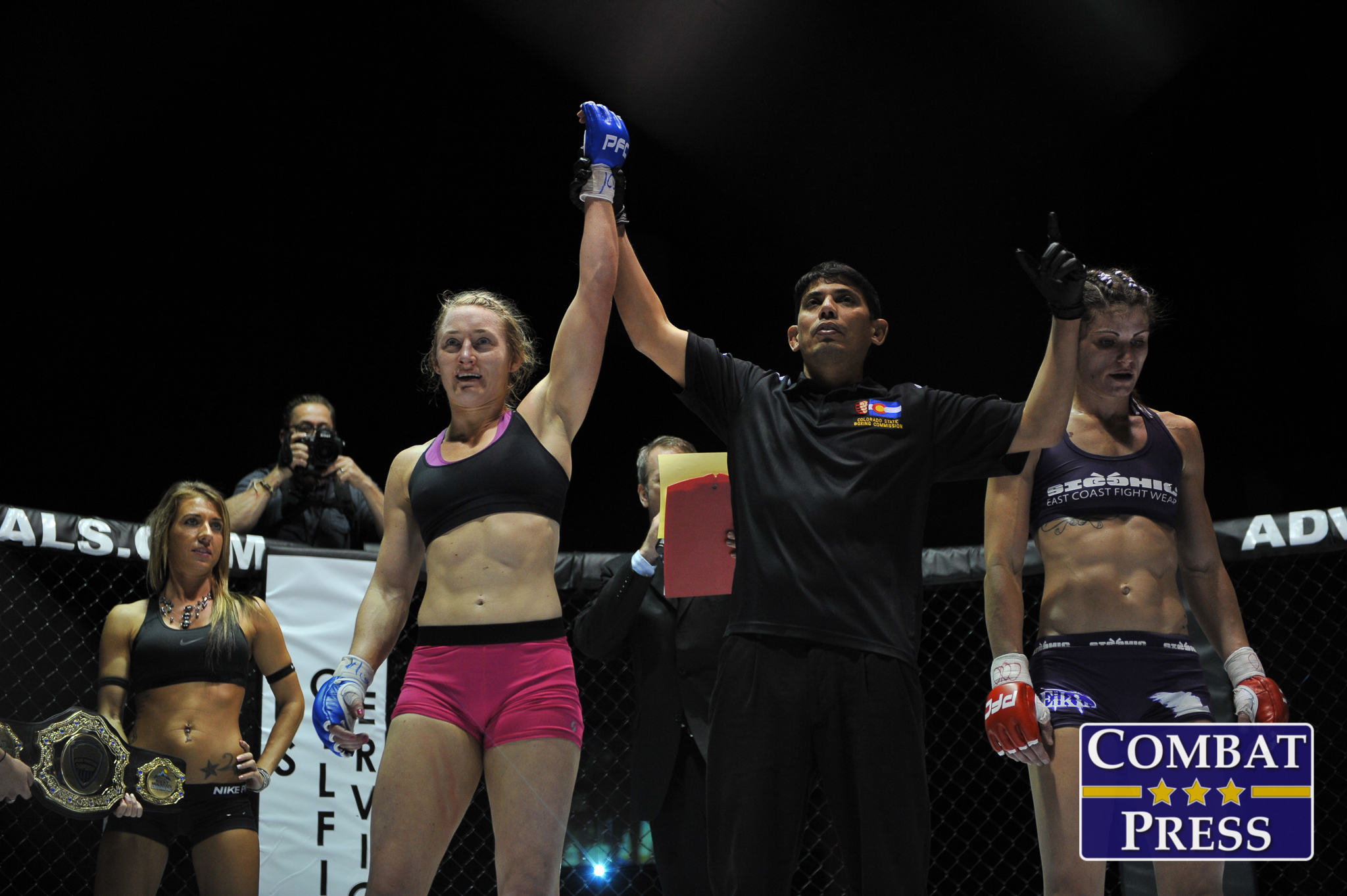 Invicta Fighting Championships has announced the signing of three new fighters to its roster.

Russia’s Dudieva will compete in the flyweight division after fighting at bantamweight in the UFC. The 27-year-old has stopped nine of her 11 career victories, all inside the first round. Dudieva went 1-2 inside the Octagon, with the lone win coming against fellow Invicta fighter Elizabeth Phillips. She also holds a win over UFC veteran Sheila Gaff.

Faszholz, meanwhile, will remain in the 135-pound division. Like Dudieva, Faszholz has a propensity for finishes on the mat, with all three of her career wins coming via submission. The 31-year-old was called upon as a late-notice opponent for former Invicta titleholder Lauren Murphy and delivered a “Fight of the Night” performance.

Missouri’s D’Angelo has opened her career with a pair of wins after going unbeaten as an amateur. Her most recent victory came against fellow Invicta fighter Samantha Diaz.

No bouts have been announced for any of the three fighters.