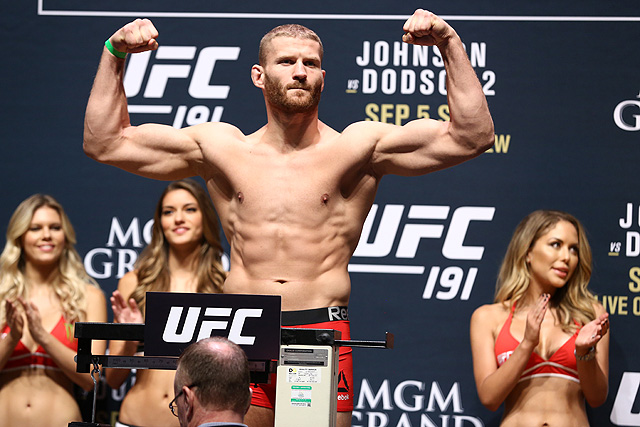 On Saturday, March 6, the UFC hosted UFC 259: Błachowicz vs. Adesanya from the UFC Apex in Las Vegas.

In the night’s main event, light heavyweight champion Jan Błachowicz put his belt on the line against middleweight titleholder Israel Adesanya. Poland’s Błachowicz had experienced a career resurgence, winning four straight and capturing UFC gold with a knockout win over Dominick Reyes in September. The Nigeria native Adesanya had opened his MMA career with 20 straight victories after a lengthy kickboxing career and looked to become a simultaneous, two-division champion.

Speaking of simultaneous, two-division champions, current women’s bantamweight and featherweight queen Amanda Nunes took on Australian challenger Megan Anderson. The Brazilian Nunes has\d won 11 straight inside the Octagon and looked for her second defense of the featherweight strap. A former Invicta FC champion, Anderson had won three of her last four under the UFC banner.

Rounding out the title tripleheader, bantamweight champion Petr Yan defended his title for the first time against No. 1 contender Aljamain Sterling. Yan earned the belt with a fifth-round stoppage of José Aldo last July. Sterling rode the momentum of five straight wins into his title challenge.

The event kicked off with a preliminary-card stream on ESPN+ at 5:15 p.m. ET. The action switched to ESPN for the televised prelims at 8 p.m. ET, with the five-fight main card airing at 10 p.m. ET via ESPN+ pay-per-view.