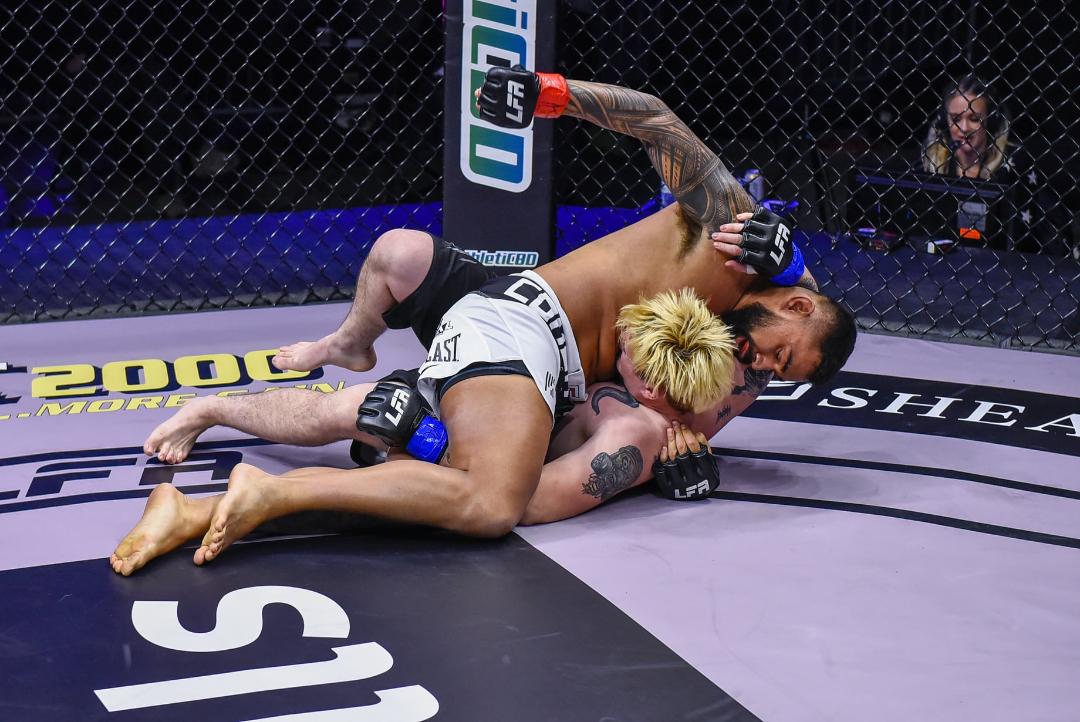 The National Football League, while not as high-paying as Major League Baseball, has long been the gold standard in professional American sports. With the right talent, team, agent, and work ethic, a football player can be very successful in the NFL. However, very few players make a team initially, even less stay on the team, few become starters, and an astronomically small percentage of players ever get close to superstar status. The harsh reality is that it is a brutal business, all physicality aside.

Like many young football players, Zac Pauga always had a lifelong goal to play in the NFL. He went to Green Mountain High School in Lakewood, Colo., where he was a star player before he even made it two years in. Then, Pauga went on to Colorado State University, where he played all four years at both tight end and running back before graduating with a degree in sociology. He wasn’t drafted to play in the NFL, but he ended up signing with the Houston Texans as a free agent.

“It was amazing,” Pauga told Combat Press. “I wasn’t prepared for my passion to become my job at that time in my life. I was unprepared to be playing football or thinking about football for eight hours a day, every single day. It’s a hard business to make it in, and, unfortunately, I got cut from the Texans.”

Pauga has been an athlete his entire life. In addition to football, he also wrestled at the pee-wee level and in high school, right up until he committed to Colorado State as a sophomore. When his football career ended in 2012, he decided to try his hand at rugby. Pauga played in an eight-man format for the Glendale Raptors in Denver. As a standout Colorado athlete, this drew attention from the local media. It was also fun for his family, as his father is an immigrant from Samoa.

“I’m first-generation American,” said Pauga. “That was my connection to rugby. Growing up, that was the sport that he liked to watch. Our family sport growing up was rugby.”

While rugby was fun, and Pauga was good at it, that venture ended after about four years. As a father and husband, he was holding down a full-time job as a criminal investigator for the Denver District Attorney’s Office. This did not leave a ton of time to drive all over town for extensive training and competition, so he opted for a quick commute for his next foray into sports .

“I went to Easton Training Center, because it was the closest gym to my house,” Pauga explained. “It just happened to be where Elevation Fight Team trains out of. [UFC heavyweight] Curtis Blaydes had a fight coming up, and they just needed a big guy to roll with. So, they pulled me in, [and] I rolled with him — don’t get me wrong: he battered me — and I was like, ‘OK, I think I can actually do this [as a career].’

Pauga went to Easton’s to try his hand at Brazilian Jiu-Jitsu and made his way to the rank of blue belt. He was also training with the Elevation crew and eventually started a fighting career of his own. He had his first amateur outing in early 2019 and went undefeated through his five appearances in a little over a year. He finished all but one of his opponents, too. Pauga then made his pro debut for the Legacy Fighting Alliance in July 2020.

“It’s been great so far,” said the former running back. “I’ve just been loving every second of it. The individual side of the sport is so much different than football or rugby. It’s really on you to make sure that you’re properly prepared [and] that you check all the boxes to get ready.

“I’ve been super fortunate that I’ve been part of Curtis’ last four fight camps. I’ve been a part of Alistair Overeem’s last four camps. I’ve gotten to learn so much from those guys. And then, our coaches at Team Elevation are some of the best in the world. I’m just so fortunate to end up in the situation I’m in.”

The Colorado native went to the scorecards in his pro debut at LFA 87. At LFA 98 in his most recent fight, he was able to finish his opponent by TKO in the first round.

“It was a quick one,” Pauga said. “The big thing that I tried to work on for my last fight from my pro debut was to push the pressure and look for finishes. I did that, and that’s what I’m trying to bring to the table. I’m trying to finish fights. I’m trying to be exciting. For my first fight, my pro debut, I had nerves, and I was just trying to grind it out, you know, wrestling-heavy. That’s always going to be part of my game, but I’m looking to go out there and finish people.”

The next challenge for Pauga comes on Friday night at LFA 105 in Shawnee, Okla. He faces Logan Nail, who trains out of Texas. Nail is 2-1 as a pro, but he hasn’t fought in almost two years. Nail will enjoy a three-inch height advantage over Pauga, but Pauga, who stands 6-foot even, is used to fighting taller fighters at light heavyweight.

“He’s a big guy,” Pauga said of Nail. “He has a lot of kickboxing experience, and he went and trained in Thailand for a good amount of time. He likes to stand. He likes to stay on his feet and trade. His two wins are by knockout in the first round, so I’m sure he’s got some power. I feel like that fits perfectly into my game plan of taking him down to the ground and beating him up.”

Pauga walks around at about 230 pounds. He is thick for his height, but a 25-pound weight cut is not too bad. He likes where that puts him as a 205-pound fighter.

“When I’m in the cage and I grab these light heavyweights, it’s so easy to toss them around,” Pauga said. “Light heavyweight is likely where I’ll stay. I’ll take short-notice heavyweight fights if they make sense. I’m not against fighting heavyweights. My goal is to be champion of the world, and, luckily, I train with Curtis Blaydes and Alistair Overeem, and I know what heavyweights feel like. I know my shot to be the champ is at light heavyweight.”

With two young children, a pair of full-time jobs, and a fighting career, the Pauga family is a busy crew. When not working, training or taking care of their kids, Pauga and his wife Jessica like to go up in the mountains and enjoy the outdoors, where their kids can run around and go wild. However, Pauga’s goal is to make MMA his career. This would allow him to spend more time with his wife and kids, and it would make life less hectic. The next step in achieving that goal comes at LFA 105, which airs live on UFC Fight Pass.

“I’m a three-sport professional athlete,” Pauga said. “People should tune in to watch me fight, because they’re watching the beginning of the next big thing in MMA. I want to fight a lot this year — at least five times. My goal is to get into a big promotion this year: rattle off two more, [or] maybe three more big KO wins and get into a big promotion to start fighting full-time.”