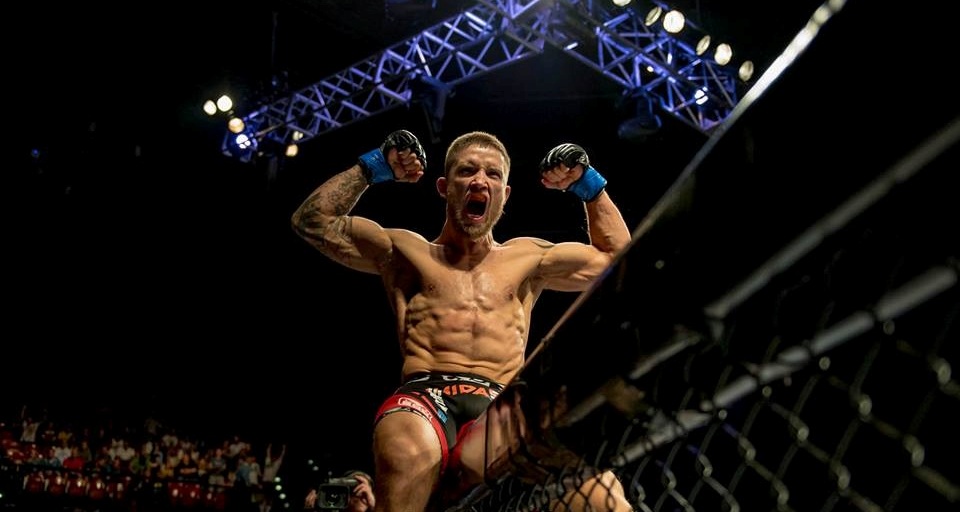 The event was headlined by a lightweight title fight between Leon Mynhardt and Don Madge. It was the third time the pair had met. Their first encounter ended with a controversial TKO victory for Mynhardt, and the second contest all ended in controversy when the judges awarded Mynhardt with the split decision. Mynhardt put a close to the pair’s trilogy with a first-round submission victory to retain the gold.

In the co-main event, Adam Speechly sought to be the first man to ever successfully defend the EFC welterweight title, but the title’s curse added another victim instead. Speechly met Buirski and succumbed to a first-round knockout at the hands of the challenger.

It’s always fun to play the role of fantasy matchmaker, so with EFC 37 in the books, here are the fights that should be made for some of the evening’s big winners.

The trilogy with Don Madge is now complete. Mynhardt left no doubt in anyone’s mind that he is the rightful holder of the lightweight title. Although it could be argued that Sibusiso Mdoko, who is riding a two-fight winning streak, has done enough to earn himself a rematch with the champ, it’s time for Mynhardt to fight someone new. That someone new is Alain Ilunga. Ilunga is also coming off back-to-back wins, and although he lost four in a row before that, his return to form should earn him a shot at the “Iron Lion.”

Now that Buirski is the holder of the seemingly cursed welterweight title, he has the tough task of keeping hold of the belt. A former champion, Dino Bagattin is coming off a victory over Gordon Roodman and would certainly be eager to get another shot at holding the welterweight strap. Buirski’s form has been impressive and he has won his last four bouts within the first round. The question remains as to whether he is the man to overcome the dreaded curse.

After his latest victory, du Plessis expressed his interest in dropping down to the welterweight division. For his first match-up in the new weight class, du Plessis has a pair of well-suited candidates for an opponent. Those candidates are Peter Queally and Martin van Staden. The two men lock horns at EFC 38, and du Plessis could easily entertain the winner of the bout later in the year. While it would be better to see du Plessis in the Hex again sooner rather than later, he does have a new weight division in his sights and a little bit of extra time to get used to a whole new weight cut may be good for him.

Undefeated thus far in his career, Gorimbo had a successful lightweight bout that resulted in another submission win. Gorimbo has won all five of his career bouts by tapout and is certainly one to watch for in 2015. Madge has had a tough run of late, but the competition level he has faced has been second to none. After losing to Mynhardt for the third time, a fight with an up-and-coming fighter like Gorimbo will be a welcomed change to squaring off with the titleholders. This would be a big name for Gorimbo to add to his resume, but it also serves as a good opportunity for Madge to prove that he has what it takes to bounce back to winning form.