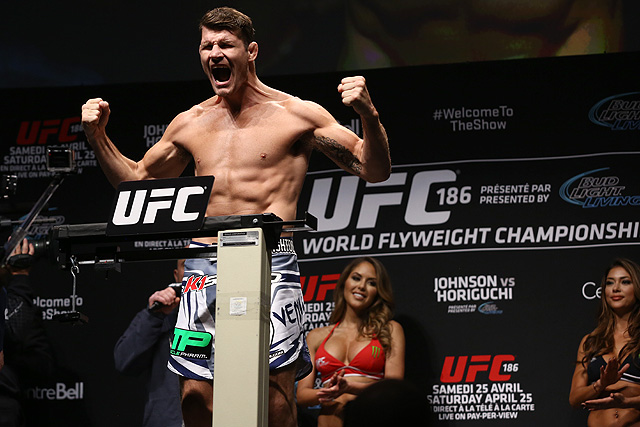 On Saturday, Oct. 8, the UFC will host UFC 204: Bisping vs. Henderson 2 from the Manchester Arena in Manchester, England.

In the night’s main event, UFC middleweight champion Michael Bisping will look to defend the title for the first time in his hometown. The 37-year-old will also be out for revenge as he rematches MMA legend Dan Henderson. The pair met previously at UFC 100 in 2009 following their coaching stint on The Ultimate Fighter. Henderson scored a highlight-reel knockout of the Brit in the second round.

Bisping rides the momentum of four straight wins into the title contest, including a first-round stoppage of Luke Rockhold that earned him the belt earlier this year. Henderson, meanwhile, will look to add the final piece of hardware to his collection that includes titles in Pride FC and Strikeforce.