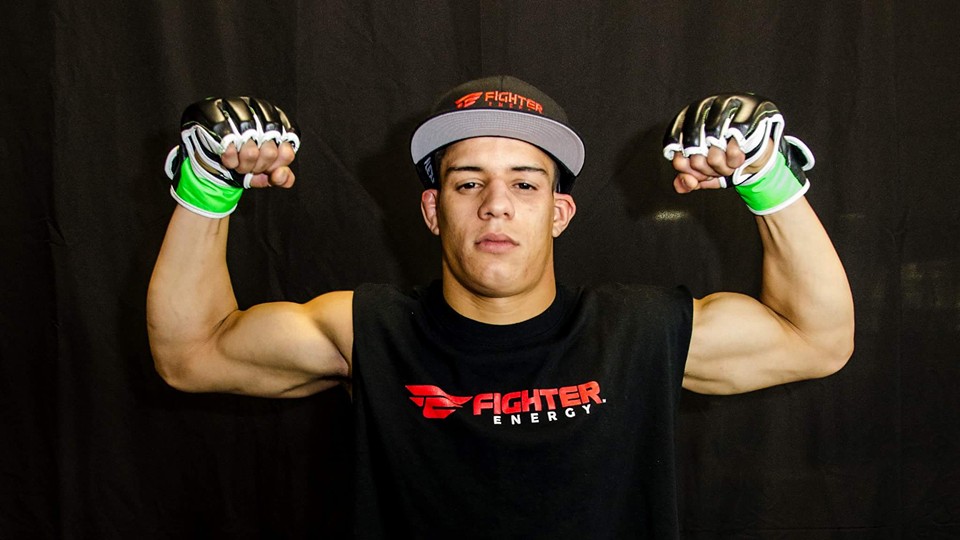 As the old saying goes, looks can be deceiving.

For Abdiel Velasquez, he may look like a nice guy, but come fight night, he is anything but nice. The unsuspecting 23-year-old from Tampa, Fla., will enter the cage on Aug. 5 standing opposite of Titan FC fan favorite, Jose “Shorty” Torres. The two will collide in hopes of securing the Titan FC flyweight title.

Velasquez, who holds a record of 7-2, is currently training out of American Top Team Tampa where he has been since the start of his MMA career. The consistency in his camp has prepared the young fighter for the upcoming title fight. And he’s confident his skill set is complete.

“My coaches have been with me since the beginning,” he explained. “Years later, they are still with me and I like where I’m at.

“I have no weaknesses. I am well-rounded. I’m going to capitalize mostly on stand-up.”

Torres is no puzzle to Velasquez. In fact, “The Nightmare” knows exactly what to expect from when the cage door shuts in Miami on Friday night. He believes that Torres is predictable; something that will help him capitalize in the bout.

Ignoring the hype surrounding his opponent, Velasquez thinks Torres is just another fighter, “He just came to the pros. I give him respect for his amateur career, but when it comes to pros, it’s a different level. You don’t know what to expect.”

Velasquez feels his experience will carry him to a win and he will leave the Titan FC cage with a shiny belt around his waist.

“I finish guys, I submit guys, I can go the distance if I have to,” said the Florida fighter. “I’m well-rounded and ready to go, but I’m always looking for a finish. I always am. I don’t let it go to the judges because you never know what will happen.

“I’m going to get a finish. I feel ready for this five-round fight. It’s meant to be for me, I’ve been waiting for a title shot and I finally got it. You can expect a finish by the second or third round.”

With unwavering confidence, Velasquez is ready to put in a show for Titan FC fight fans. Although he has aspirations of making it to the UFC, he’s not in a hurry.

“I am hoping I go far with Titan. I love where I’m at,” explained the Puerto Rico native. “If I get a call to the UFC, if I get a shot, I’ll take it, that’s where I want to be. But we will see. I’m not in a rush and there’s no pressure.

“I don’t know where fighting will take me. I’m letting God guide me and see what happens. If I’m with Titan, Bellator or the UFC, it’ll come.”

Looking at the UFC flyweight division, Velasquez likes his odds against the current roster, “I know I could be in the top 15. I have the skills and technique to be one of the top fighters, I know I could take them. I’ve just got to be patient.”

Before his goals of making it to the UFC can flourish, he’s got to get past Torres this Friday night and he feels ready to make a bold statement.

“I know I get overlooked and people don’t know who I am,” he said. “People think I’m a nice guy, but when it comes to the cage, I’m a nightmare, hence my nickname.”

Looking to end Torres’ dreams of becoming the title holder, Velasquez had a simple message, “Don’t underestimate me. I’m a real contender and you’ll see why on Aug. 5.”