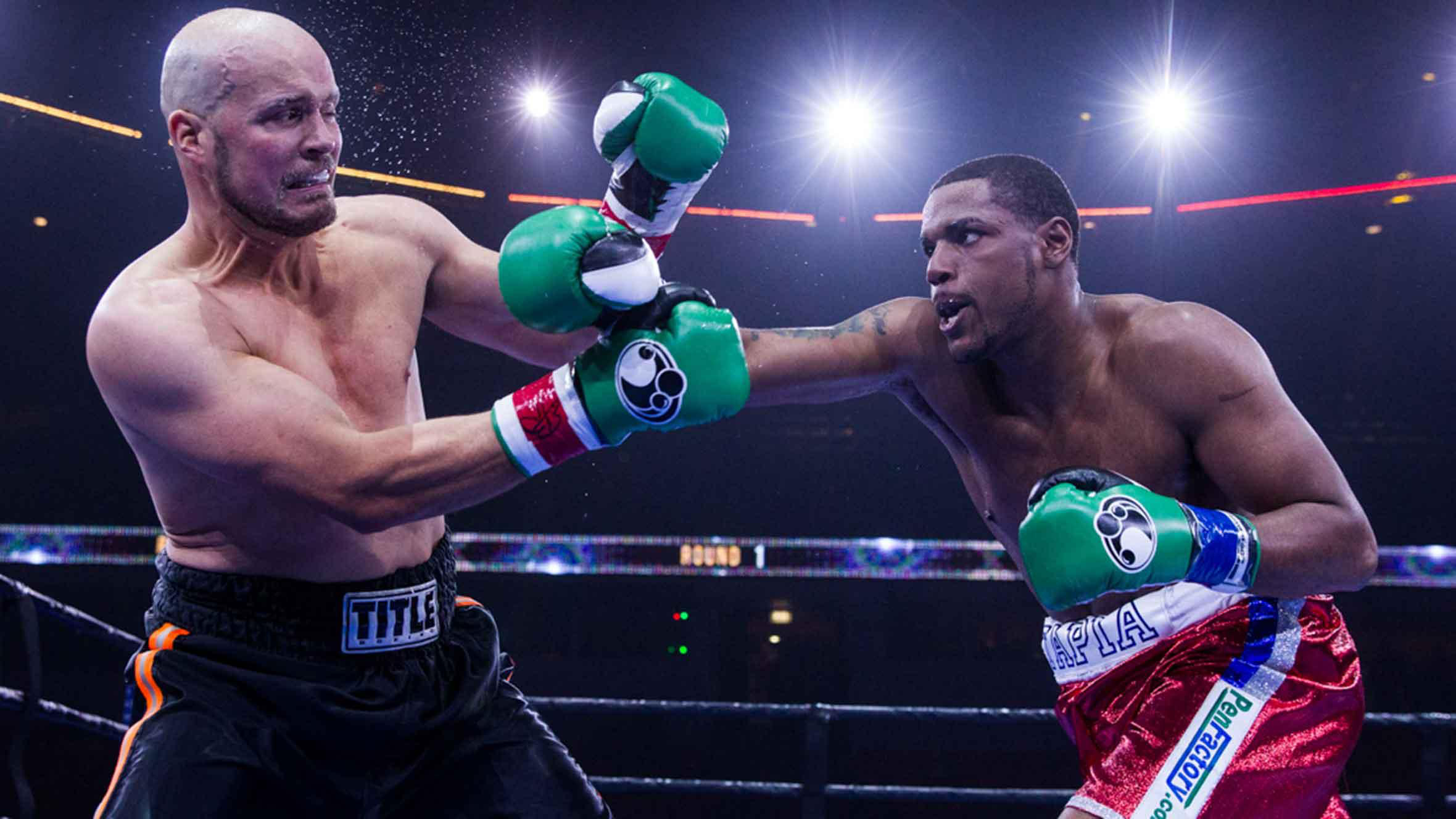 Keith Tapia: Looking to Bounce Back

The World Boxing Super Series continues with its third event on Saturday, this time making a stop in San Antonio.

The Alamodome will be home to a main event featuring Yunier Dorticos and Dmitry Kudryashov, each man looking to move on to the semifinals of the cruiserweight tournament and a date with Oleksandr Usyk. The card also features the return of Nonito Donaire, who has not competed at all in 2017.

Between Donaire’s fight and the main event is another intriguing bout. It’s the reserve bout for the tournament, and it features Keith Tapia. Tapia, whose record sits at 17-1, is looking to bounce back after suffering his first defeat. This opportunity is one that he can’t let slip through his fingers.

“One thing for sure, I can’t afford another loss right now,” Tapia told Combat Press. “To keep it real, it did affect me in the beginning. What really helped me is, I had good people around me — good, positive people. If I didn’t have that, I would’ve been stressed out of my mind because of that loss, but thank God I have good people around me. If I didn’t, I don’t think I could be boxing.”

The first loss of Tapia’s career was suffered at the hands of Andrew Tabiti in May 2016. Tabiti, a Team Mayweather fighter, also entered the fight undefeated and managed to win a unanimous decision to claim the NABF cruiserweight title. Looking to put that fight in the rearview mirror, Tapia made changes to his training, including replacing his trainer.

Tapia’s story is an uplifting one. The Bronx native of Puerto Rican descent grew up on rough streets, but through faith in God and positivity, he made something out of a bleak situation. This cannot be said for many young men who run the streets of the notoriously rough neighborhood north of Manhattan and Queens in New York.

“Boxing was something that really changed my life,” admitted Tapia. “First of all, I want to give back, since I’m from the streets and nobody gave me nothing. I was never planning on becoming where I’m at right now. I was just thinking about knocking people out and defending myself in the streets, but then I had my first fight and I loved the atmosphere and my friends and family supporting me and shouting me out. I thought it was a great feeling, so I kept going.”

Tapia understands that living is more than just boxing. He intends on giving back and bringing hope to kids who were just like him.

“There are kids that are lost and they don’t know what they’re doing,” said Tapia. “They [are] just out here trying to turn up and have fun for the moment, and when I look at them, I see myself. If they look at me as a role model, that would be really lovely. But I want more for them. I want them to be better than me. I was at a community center showing love for the kids, giving them wisdom. That’s one thing I always wanted to do, but, for some reason, I never did because I was being hard-headed. I was thinking about just fighting, but I want to do more.”

Tapia’s work with the community is evident on his social-media accounts. In Cleveland, he met with youth. When he touched foot in San Antonio on Tuesday, he did the same. He’s a young man who is fully aware of the power positivity and just lending his voice to youth can have.

Saturday, however, it’s back to business. Across the ring from him is a dangerous fighter by the name of Lateef Kayode. Kayode has 21 wins, but he’s also coming off his first career loss. Kayode is a knockout artist who has scored 16 finishes. Kayode’s lone defeat came at the hands of Denis Lebedev.

For Tapia, it’s another challenge to conquer.

“I can’t wait,” Tapia said. “The atmosphere. The crowd. The spotlight on me. All eyes on me. Time to show what I got and give the people their money’s worth, because I like to entertain and take care of business.”