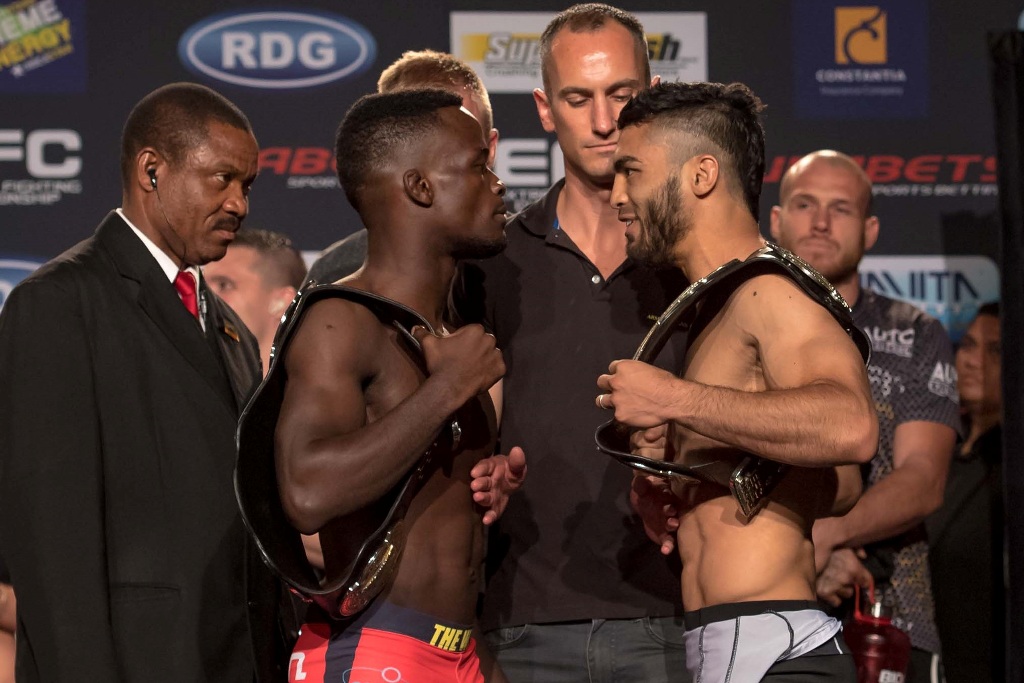 In the night’s main event, the promotion’s bantamweight championship will be unified as champion Demarte Pena returns to clash with interim titleholder Irshaad Sayed. The 27-year-old Pena has spent his entire career in the EFC cage, capturing featherweight gold in just his third professional fight. After multiple title defenses, Pena dropped to bantamweight, where he has continued to find success. Sayed, meanwhile, is a ONE Championship veteran that trains out of Evolve MMA in Singapore. He rides an eight-fight winning streak into the match-up, including five straight under the EFC banner.

The co-main event also features gold on the line as Leon Mynhardt and Dave Mazany clash for the lightweight title.

Below are the results of the event’s weigh-ins which took place Thursday, Nov. 10.