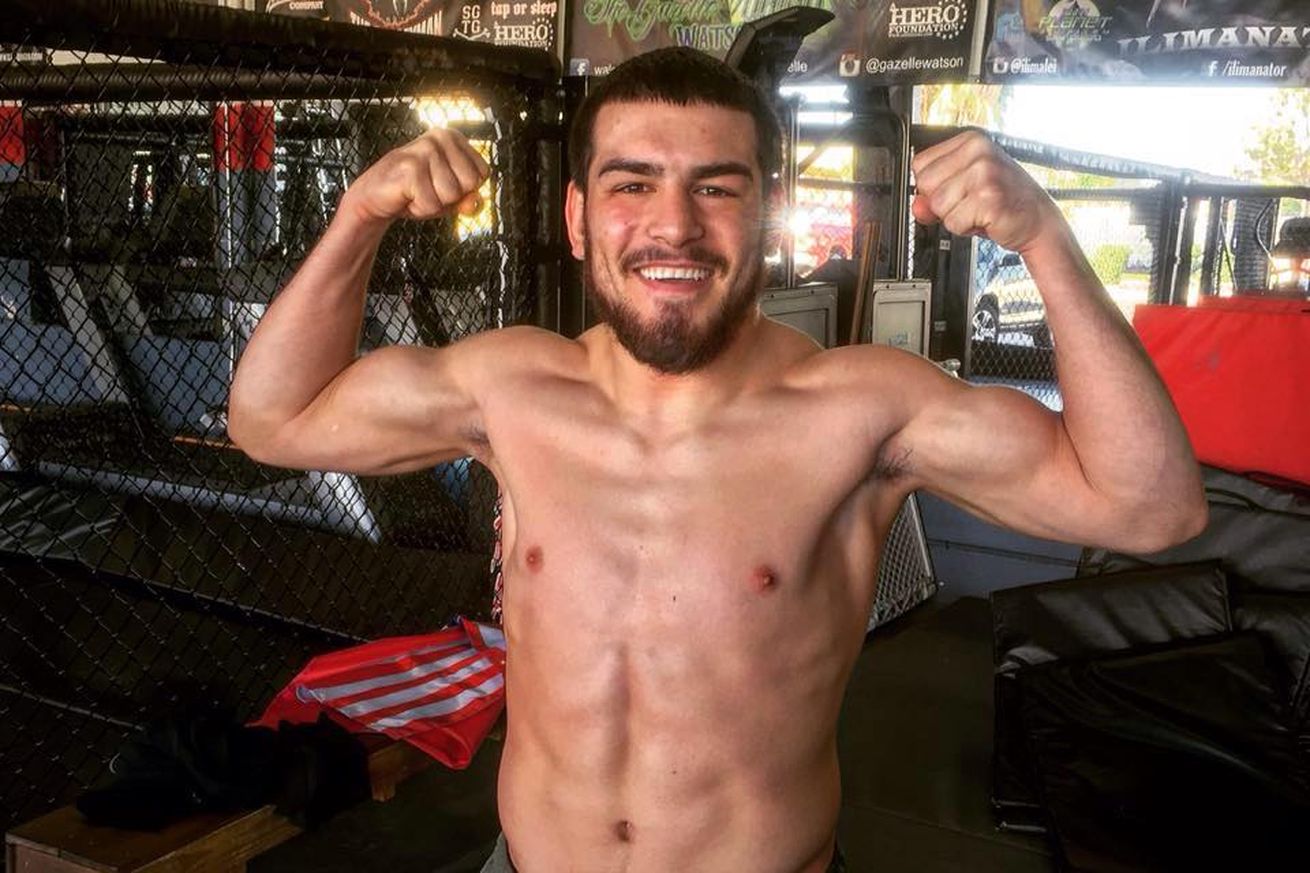 As it tends to be for many fighters, it’s been a long, winding road to the summit in mixed martial arts for Jose “Shorty” Torres. After multiple false starts, he finally made his UFC debut in memorable fashion.

On less than two weeks’ notice, Torres debuted at the UFC Fight Night 131 card in Utica, N.Y., in early June. He finished Jarred Brooks in the second round, but not before a slam attempt by Brooks ended up knocking Brooks silly and putting Torres in the position to win. The end to the fight put Brooks and Torres on sports highlight shows nationwide.

“I had a little bit of jitters at first, and I started slower than usual,” Torres told Combat Press. “It took me a whole round to finally feel comfortable. I knew when he fell that he was in trouble — I’ve been in that position multiple times in wrestling. I felt him go limp, so I took his back and finished him.”

Torres may have won his UFC debut against Brooks, but it still wasn’t the ideal situation for him. However, after previous attempts to debut for the UFC were delayed due to injuries and other factors, Torres knew he might not get another opportunity.

“I was swallowing my pride,” Torres said. “I had bad luck and been injured before, and the last time they offered I was actually healthy. I was actually trying to make weight for a Titan FC featherweight title fight when the UFC called. I realized that people won’t respect my accolades until I prove myself. I talked to my team, and they told me I could make the weight if I would just listen.

“So I had nine days to make weight, travel to New York and go through the paperwork with the UFC and Reebok. I was cranky because I had no time to myself, and when I walked out, I thought, ‘Oh crap, I have to fight.’ When I got in the cage, I told my team that I could feel the heat from the lights.”

Shorty’s victory over Brooks kept his undefeated record, which spans 19 total fights as an amateur and pro, intact. It appeared that Torres and Brooks were gracious to each other following their fight earlier this month:

“We are all after the same goal, it just so happens we are all in each other’s way.” TY @The_monkeygod 4 not just taking the fight n putting on a show, but 4 coming to pay respect to my family n I after the fight. It shows your true character n I wish you nothing, but the best. pic.twitter.com/3xdUfg4e5U

However, Brooks was soon thereafter singing a different tune in a since-deleted tweet.

“We did talk about it,” Torres said. “He came up to me in the hotel after, when I was with my family, and was super polite and then was the opposite on social media. He told me he wanted to train with me and we took our picture together. Then he posted his tweet after I posted mine. But the best-case scenario for me is that my name is on ESPN and getting out there.

“I’m more than happy to train with other people. It’s a sport, and you can be friends before and after the fight, but we have to handle our business during the fight.”

Torres was the reigning Titan Fighting Championships flyweight and bantamweight champion before signing with the UFC. He was aiming to win a third belt as a featherweight, too. His debut win in the UFC came as a flyweight, and he has joined the chorus of UFC fighters opposed to UFC President Dana White’s decision to move the official fight weigh-ins to the afternoon after several fighters missed weight during morning weigh-ins.

“It’s just a stunt to try and blame the fighters,” Torres said. “It’s 100 percent for them to try and save money or make more money. Morning weigh-ins are the best — it’s better for us and the fans. They get to see us healthy and at our best during the fights.”

Torres is willing to give the UFC’s bantamweight division a try, but his immediate goal is to stay at the flyweight level.

“My focus is on one fight at a time, but I want to dominate the flyweight division and win the belt,” Torres said. “My goal is to create a legacy. I am a Justin Gaethje type of fighter — I want to come in and have a phenomenal fight. If the fans want to see me fight again, then that’s a win for me. I want to challenge the best in the world.”

Many consider UFC flyweight champion Demetrious “Mighty Mouse” Johnson to be the best in the world. Torres will be paying close attention when Johnson defends his belt at UFC 227 in a rematch against Henry Cejudo. Coincidentally enough, UFC bantamweight champion T.J. Dillashaw will defend his belt in a rematch on the same card against former champ Cody Garbrandt.

“Henry got beat pretty decisively the first time,” Torres said. “He got destroyed. No one wants to see that again, and even though I think Henry is better now, I don’t see him winning that fight. Cody 100 percent doesn’t deserve a rematch. Cody is popular and has a feud with T.J., but it doesn’t make sense because of the rankings.

“I train with T.J. He helps me a lot, and people want to see [Johnson] be dethroned. [Johnson] is the more popular fighter, but I think T.J. is better. But I still want to fight the best in the world, so if I have to move up to do it, then so be it. I want to start a foundation to draw more eyes and help my community.”