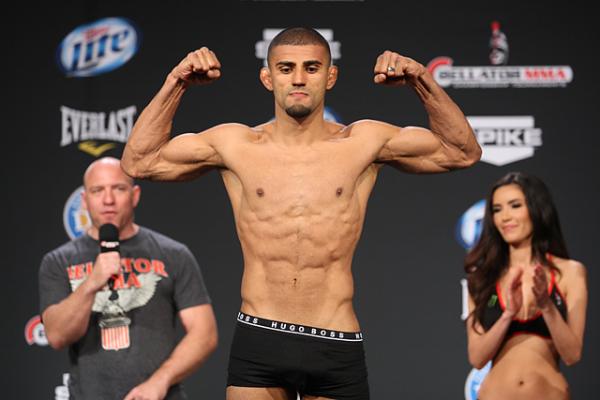 On Friday, July 17, Bellator MMA will host its 140th event from the Mohegan Sun Arena in Uncasville, Conn.

The main event features a welterweight title fight between champion Douglas Lima and former title challenger Andrey Koreshkov. Lima will look to make his first title defense. He captured the belt with a second-round TKO of Rick Hawn last April. Lima has only tasted defeat once since 2009, at the hands of Ben Askren. Like Lima, Koreshkov has also fallen short against Askren; his only career loss. The Russian rebounded with four straight wins and his second tournament title to earn a shot at Lima.

In the co-main event of the evening, wrestling stalwarts Paul Bradley and Chris Honeycutt lock horns in a welterweight match-up.

The event kicks off Friday with a preliminary card stream on Spike.com at 7 p.m. ET. The five-fight main card follows at 9 p.m ET on Spike.

The fighters will hit the scales at 5 p.m. ET on Thursday. A live video feed appears above (courtesy of Bellator MMA), while the results appear below.