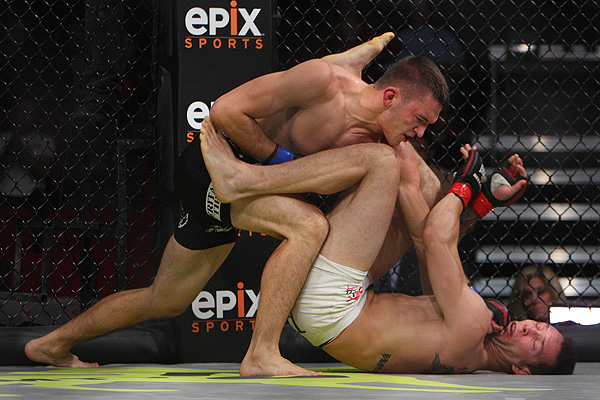 Who is “Jabber Jaws”? Who is potentially the new voice of Hamilton hockey? Why does an athlete need a sports psychologist? How does a rising MMA prospect juggle a full-time job and train hard enough to compete in the UFC? And why does Jason Kelly want to see Ryan Dickson out of his jeans?

Find out on this episode of Rear-Naked Choke Radio, as Kelly (@JayKellyMMA) and guest co-host Alex “Pecker” Gasson (@Pecker17) are joined by Kyle Prepolec (@KPrepolec), Dickson (@rydmma), Alex Ricci (@alexriccimma) and Reed Duthie (@rcduthie) to highlight Global Warriors 2 and to find out what’s shaking with some of Ontario’s finest in the sport of MMA.

Global Warriors 2 takes place on May 30 at the Burlington Central Arena in Burlington, Ontario, and features Canada’s top talent.

Prepolec and Ricci provided updates on what they’ve been doing since the last competed as well as their thoughts on fighting each other on May 30. Prepolec agrees he’s in for the toughest test of his career, while Ricci enlightened us on what he’s had to change mentally to elevate his stature in MMA. Dickson, a cancer survivor who never has a dull moment in life, talked about his recent trip to Thailand and how he caught dengue fever, which is a mosquito-transmitted virus that can lead to West Nile virus infection and yellow fever. Duthie, a play-by-play commentator of many sports, spoke on his role from outside the cage and his upcoming gig in the world of hockey.