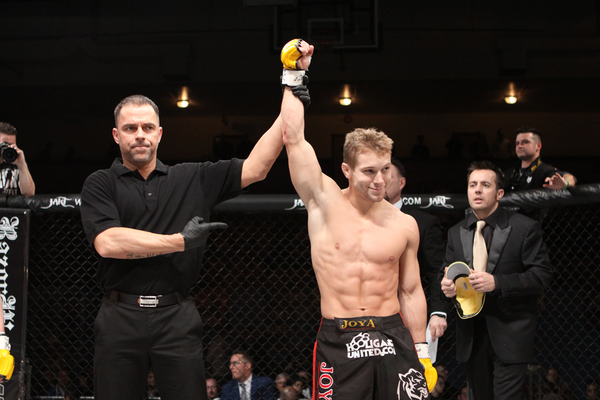 Hill, former WSOF bantamweight No. 1 contender, won the main event at Global Warriors 2 against Josh Rettinghouse via third-round rear-naked choke. And, of course, we appreciate that submission on this show. Hill talked us through his first bout at home since 2012, and what he is hopeful for in the future, as well as his future plans that may take place south of the border.

Puric, well, he enlightened us on what it’s like to fight in a Thailand jail. Need we say anymore?

Then there’s Ace. Ace must’ve had an ace up his sleeve as he is the only person in North America to survive sextuple heart surgery. His heart was rebuilt in May 2014, yet he lived through it and then brought MMA back to Ontario just 12 months later. His perseverance and willingness to live breathed life into Ontario MMA and may be the first step in bringing one of the three major organizations in the world to the province that houses Canada’s capital for a special cross-promotion event.

Listen here, listen clear, shut your mouth and open your ears. MMA in Ontario has returned.