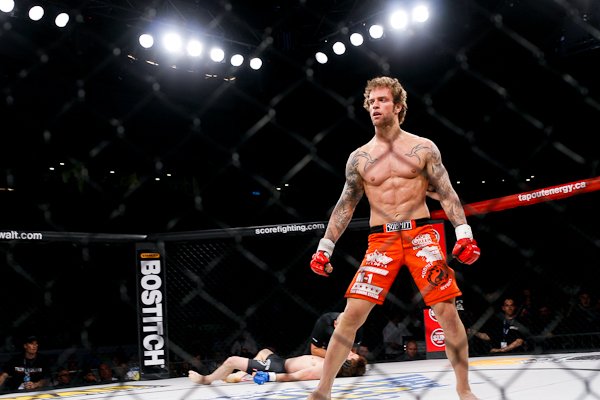 Will Dana White be in attendance at Global Warriors 3?

Global Warriors 3 takes place May 28 at the Brantford Civic Centre in Brantford, Ontario, Canada, and the event features a plethora of Ontario mixed martial artists.

Ace (@GarnetAce), being the president of Ontario’s most active professional MMA promotion, is trying to revive the sport in the province. He spoke about his efforts to get UFC president Dana White to bring Nick The Tooth and Matt Serra to Global Warriors 3 for an episode of Dana White Lookin’ for a Fight, and also what activities the trio could partake in besides the event. Ace explained how the support from the  most powerful man in MMA would help the Ontario MMA scene and why GW3 is the perfect event for them to witness.

Ricci (@AlexRicciMMA) meets Kyle Prepolec at Global Warriors 3. Ricci defeated Prepolec at Global Warriors 2 via unanimous decision in May 2015, but this time there is a vacant lightweight title on the line. Ricci talked about his motivation ahead of this fight and explained why he’s been out of competition for nearly a year before competing in April. The M1 Thai Boxing owner also spoke about his readiness for the UFC.

Petahtegoose (@JoGooseMMA) has been competing in combat sports and martial arts for 14 years. He began his MMA career in 2009, but has not competed since 2012. After addressing some personal issues, Petahtegoose is fully dedicated to conquering his UFC goal. He spoke about his move from Tilbury, Ontario to Windsor, Ontario , where he is a member of the Maximum Training Canter and plans on showing off the improvements against Dave Hale at Global Warriors 3.