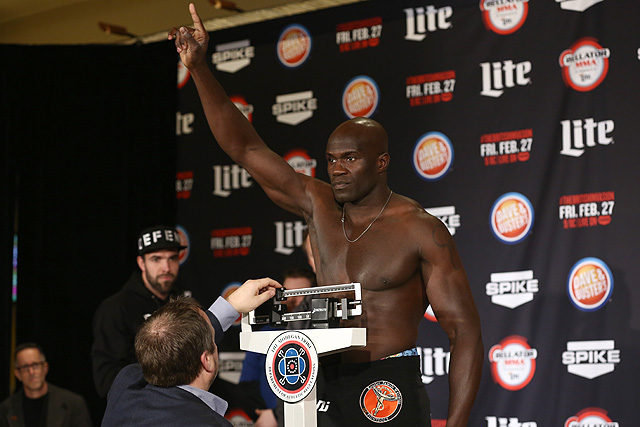 On Thursday, Feb. 25, Bellator MMA will host the weigh-ins for its 150th event which takes place Friday, Feb. 26, from the Kansas Star Arena in Mulvane, Kan.

As a result, the co-main event between UFC veterans Cheick Kongo and Vinicius Queiroz has been elevated to the night’s top billing. Kongo, who fell short in his bid for Bellator gold against Vitaly Minakov, has rebounded with wins in three of his last four Bellator appearances. Queiroz, meanwhile, has won back-to-back fights, one via knockout and one via submission.

The event kicks off Friday at 7:40 p.m. ET with a live preliminary card stream, while the five-fight main card follows at 9 p.m ET on Spike.

Above is live video of the event’s weigh-ins (courtesy of Bellator MMA) which take place at 6 p.m. ET on Thursday, Feb. 25, while the results appear below.