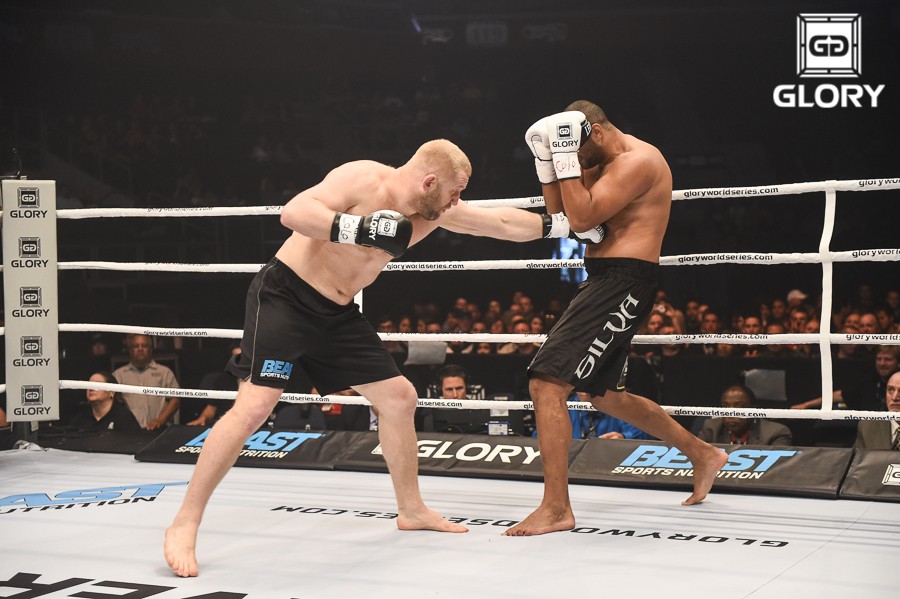 Bellator MMA touches down in Sioux Falls, S.D., for Bellator 265. The card will be headlined by a heavyweight clash between Sergei Kharitonov and Cheick Kongo. Kharitonov will be making his return to the promotion after nearly two years away. He’ll look to boot Kongo from his No. 3 spot in the rankings and gain a potential shot at Ryan Bader.

Just before the main event, a featherweight match-up between young contenders Adam Borics and Jay Jay Wilson takes place. A lot like the main event, the pair will be competing for a place in the top-three of the rankings, a spot currently held by Borics. Both fighters will be looking to add to their winning streaks, and put themselves in prime position to challenge the new champion A.J. McKee.

The rest of the main card features multiple other exciting bouts, including Keith Lee, brother of UFC’s Kevin Lee going against the No. 8-ranked Jornel Lugo. The prelims kick off at 6 p.m. ET, followed at 9 p.m. ET by the main card live on Showtime.

Sergei Kharitonov returns to Bellator after a two-fight stint outside the promotion; does he find success against Cheick Kongo in his homecoming?

It’s truly fascinating that after all of these years, Kharitonov and Kongo are still competing at the level they are.

Kharitonov remains one of the best fighters to never compete in the UFC. Despite that, he has racked up quite a resume over the years, defeating Alistair Overeem, Andrei Arlovski and Fabricio Werdum along the way. While he may not have the same speed and pop as he used to, Kharitonov’s power has not gone away. All of his wins in Bellator have come by knockout, as well as his most recent wins outside of the promotion.

Kongo, on the other hand, may not have the same power Kharitonov possesses, but he’s deceivingly agile. Just from watching him, you would never be able to tell that he is approaching 50 years old. And stylistically, this match-up is not bad for Kongo. Historically his struggles have come against grappling game plans.

It’s always a tough pick when one carries power like Kharitonov, no matter how outmatched he may be in speed and movement. But Kongo has enough skills and enough power himself to make a difference in this fight. If there’s one thing we’ve learned watching Kongo, it’s to never count him out.

Jay Jay Wilson burst onto the Bellator scene and has amassed a perfect 8-0 record; does Adam Borics give him his first loss?

Wilson is one exciting fighter. And not just your usual exciting fighter, because he does it on the ground most of the time. The hardest thing to do in any sport is being original. Because of that, anyone paving their own way deserves a lot of respect. That’s exactly what Wilson is doing with his fighting style. With extreme aggression, reckless abandon and a whole lot of confidence and skills, Wilson is one of the stars you have to watch.

But Borics is one tough fight to get through. Coming in with a 17-1 record, his only loss in his pro career came against former champion Darrion Caldwell. Since that fight, Borics has gotten himself back on track with three straight wins. But there are troubling signs in this particular match-up for Borics. Much like Kongo, Borics also has had trouble with strong grapplers in the past. It gave him his only loss and Aaron Pico also had massive success by wrestling.

This can easily be a repeat of Borics vs. Caldwell. Wilson’s pressure and length will make it very difficult for Borics to land his signature flying knee. And should the fight hit the ground, the pair will be in Wilson’s world..

Keith Lee lost for the first time since signing with Bellator in his last fight; does he rebound with a victory over undefeated prospect Jornel Lugo?

This is actually a question I’m very much looking forward to having answered. Lee is still a young, exciting prospect himself. In fact, he will be the one with youth on his side in his match-up against Lugo. And anytime a prospect takes a loss on the big stage, it’s crucial to see how they bounce back.

Lee is a true pleasure to watch on the feet, due to his footwork and striking fundamentals. His constant bouncing and athleticism makes him a difficult target to take down as well, making him a very tricky puzzle to solve.

However, Lugo might just have the style to counter it. While not as active with his movement as Lee, Lugo throws heavier shots, particularly with his leg kicks. And get this: he has a 73-inch reach. That is almost unheard of in the bantamweight division. Lugo also fights exceptionally well in both stances. In his last fight against Cass Bell, he managed to dominate Bell on the ground as well.

Ultimately, the stylistic match-up favors Lugo, as he has the abilities to deal with the speed and mobility of his opponent. In Lee’s last fight, he struggled a fair bit against an extremely aggressive Raufeon Stots, who hurt Lee with a leg kick late in the fight. Without some major adjustments, it will be tough for Lee to deal with Lugo’s kicks.

Nonetheless, regardless of the result, both men will walk out with bright futures and remain must-watch competitors. I have no doubt that we will see at least one of these men in a title fight in the near future.

Mike Hamel vs. Bryce Logan. Hamel is never in a boring fight. Both men are looking to get back in the win column, particularly Logan after dropping a close decision last time out. Though Hamel has not had a win in a year and half, he has fought two killers, Usman Nurmagomedov and the aforementioned Borics.

Will there be a finish? Maybe. Will it be fireworks no matter what? Yes!