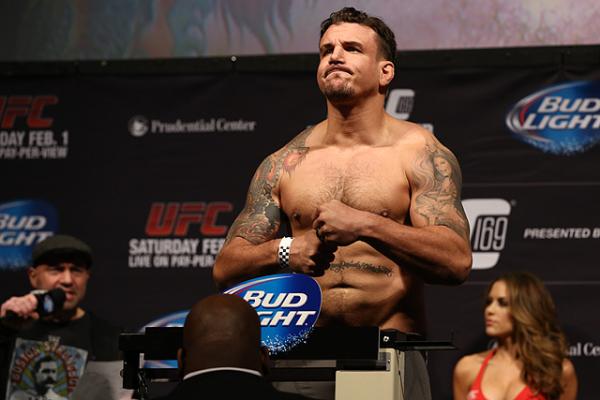 The UFC announced a pivotal heavyweight fight for UFC 184 in the Staples Center in Los Angeles. Longtime veterans and top-10 heavyweights Frank Mir and Antonio “Bigfoot” Silva will meet at the event.

Mir, who has spent all but two fights of his 25-fight career with the UFC, has lost his last four bouts. He suffered devastating stoppage losses to Junior dos Santos and Josh Barnett, and he went the distance in losing efforts against Daniel Cormier and Alistair Overeem. At age 34, Mir has endured many calls for his immediate retirement from the sport. He has a very big point to prove if he is to silence those critics.

Silva is also on a slide. After a loss to Cain Velasquez in a heavyweight title bid, Bigfoot had a tremendous battle with Mark Hunt in December 2013, but he then failed a drug test that resulted in a suspension. He recently returned from that suspension to face Andrei Arlovski in September. Silva lost to Arlovski in devastating fashion in the first round. Those defeats bring Bigfoot’s overall UFC tally to 2-3 with one no-contest.

The pressure will be placed heavily on both of these guys’ backs. Both men will be looking to reinstate themselves as top heavyweights once again.