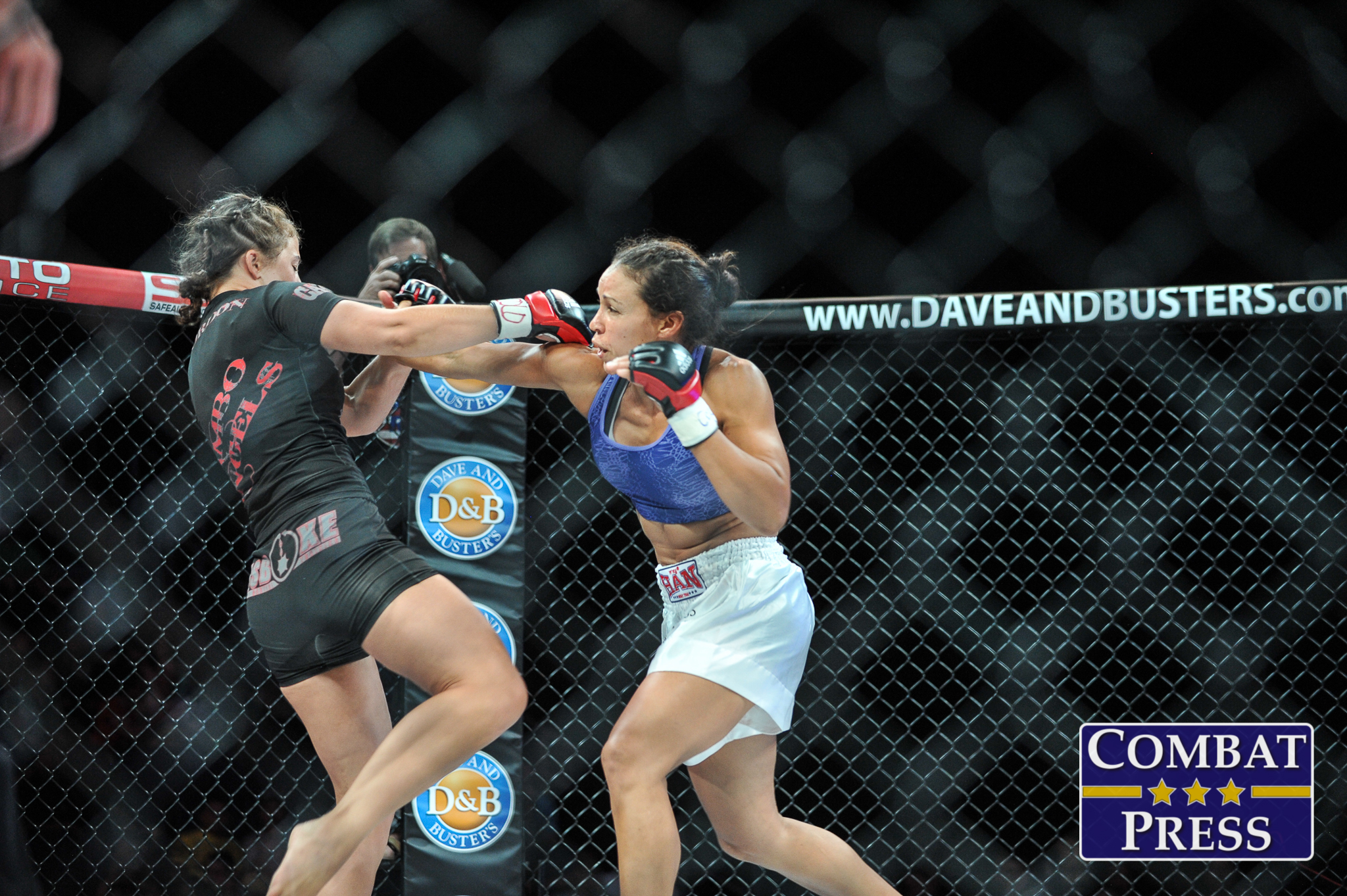 Being a mother is no walk in the park. Parenting can be one of the most rewarding, life-changing experiences, but it can be a lot of work and a ton of heartache. The responsibilities are endless, yet framed by time, and one of the most important roles is that of the teacher.

Forty-one-year-old Marion Reneau is, first and foremost, a teacher. Both in the literal and figurative sense of the term, she has spent her life educating others. Not only is she a tenured physical education and weight training teacher at Farmersville High School in Farmersville, Calif., but she is also a mother and a lifelong athlete. One can only imagine the buzz around the school when she is getting ready to compete for the UFC, where she has been one of the best bantamweights for over three years.

“Not only do [the students] support me, but their parents support me – the entire community of Farmersville,” Reneau told Combat Press. “It’s very small, but they all get behind me and support me. The students think it’s pretty cool. Some of them think it’s surreal, like, ‘my teacher’s not only on TV, but she’s in a video game.’ Some of them are like ‘I can’t even believe you’re my teacher.’ But, I keep them grounded. I’m like ‘Hey, that’s there. Right now, I’m your teacher. This is class. Let’s focus on this.’”

Being a professional athlete, Reneau is able to utilize her personal experiences into her professional teaching life. As a mother of a teenage son, she has that instinct to impart knowledge onto others, and this is a true passion in her life.

“I deal with a lot of athletes, so sometimes we have talks about the mental game of it – the mental toughness,” Reneau said. “I think it’s amazing that I am able to do that for them. They’re able to take me seriously, because they know I’m living it.”

Reneau has been a pro fighter since 2010, and it does not take a mathematician to figure out that she entered the game fairly late. This was something that posed a barrier in the past. Reneau tried out for The Ultimate Fighter reality show in 2013, but, while she was clearly one of the top fighters vying for a spot, the promotion said she was too old and decided to pass. However, just like she teaches her kids, she was not about to let this barrier prevent her from achieving her goals. So, the California native finished two more opponents, and the UFC let her in.

Fast-forward to today. Reneau is on a 3-0-1 run in the UFC, and her most recent win was a submission over Olympic wrestler and former UFC title challenger Sara McMann in February. Now ranked seventh in the bantamweight division, she was chomping at the bit to get another ranked opponent while on summer break from school. This Saturday night, she will face sixth-ranked Cat Zingano at UFC Fight Night 133 in Boise, Idaho.

“It was what the promotion came with and she’s pretty much the only one in the top 10 who was available at the time,” Reneau said. “Ketlen [Vieira] was ideally who I wanted, but she was not available. The only other person available was Cat, and I said let’s run with it. She’s a big name, she’s a good opponent to go up against, and I didn’t want to wait until September, November, to get another fight, so they got me one a bit sooner.

“I think it’s a good match-up between us. We’re both well-rounded, and she’s a veteran of the sport, so she’s going to be great competition for me. She’s also really resilient. She keeps coming forward. It’s something we’ve planned for and are ready for.”

Zingano is currently riding a three-fight losing streak in the UFC, which puts her promotional record at 2-3. Reneau on the other hand is 5-2-1 in the promotion, yet is ranked one spot behind her next opponent. It’s no secret that the UFC has had questionable rankings, but this case seems to be a huge discrepancy.

“I never know what they’re going to do with the ranking system at all,” Reneau expressed. “I’ve dealt with them for the last three years. It doesn’t matter if I won, if I lose, they just kind of put me wherever they want. The ranking system, I think, it needs to change. Especially if they are going to basing fights off how an opponent is ranked. They need to come up with a better system. That’s my only thoughts on that. I’ve always had issues with the ranking system. I’m like ‘how is that possible?’ in certain situations. But, I’m not in charge of it. I think it needs to be people who are more MMA-based and are basing it off of true things that come out of MMA, instead of just basing it on popularity.”

The good thing is that, despite the rankings, Reneau is a role model, not just for her school students, but in the sport as well. She know that she can only change the things she can affect, so she keeps pushing forward. She plans to keep winning, and, just like three years ago, the promotion will eventually need to start giving her the respect she deserves. The next step is proving to them that she deserves to be ranked above Zingano, and with school out, she has had plenty of time to prepare.

Reneau trains under the tutelage of coaches Eloy Garza, Jim West, and her husband Armando Perez, to name a few. While not a traditional camp that is housed under one roof, her camp is obviously very effective, and if it’s not broken, there’s no need to change it. In fact the Brazilian Jiu-Jitsu black belt also has plans to compete in the IBJJF World Master Jiu-Jitsu Championships in Las Vegas next month.

“I love to compete, and Lord willing – I fight in July – and if I’m able to, I’m going to sign up for the world competition,” Reneau stated. “I don’t like that it’s in Vegas, because Vegas in August is horrible, but whatever. I’ll go down there, get in some great competition, and it’s supposed to be one of the biggest events that IBJJF has had in a long time.”

Reneau has a lot on her plate, but she loves what she does. As an athlete and a an educator, it’s hard to think that she has time for much else, but any good mother will always make time for her children. Reneau is no different.

The life of a teacher is never ending, and Reneau is a shining example of this. She’s even had some students give MMA a try, but things are not always as easy as they are in the video game.

“In the past, I’ve had a couple that tried to go into it, and they were like ‘oh my god, that’s a lot of work.’” said Reneau. “It’s not as glamorous as everybody thinks it is. All you guys see is when we get into the cage and the outcome of it. You don’t see what it took to get to that point. That’s what matters – the ground work that you do to get to that.”

Lesson learned. Things may look fun and glamorous on TV, but it takes a lot of work and dedication to prepare for someone who’s trying to take your head off, and Reneau has certainly put in the work to get where she is today.

On Saturday night, Marion Reneau will be back in the saddle on the main card of UFC Fight Night 133, live on Fox Sports 1. With Farmersville, and fans all over the world, watching closely, the next lesson plan is to show the UFC that age is not a factor and she deserves a shot at the UFC bantamweight title.