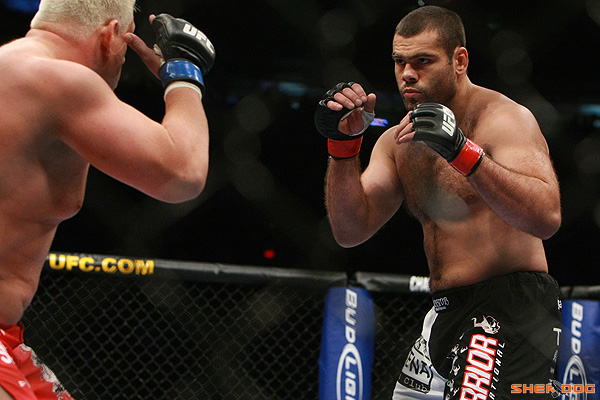 In the night’s main event, UFC veterans Antonio “Bigfoot” Silva and Gabriel Gonzaga collided in a heavyweight showdown. Silva had competed in both MMA and kickboxing following his UFC release, even taking on GLORY heavyweight king Rico Verhoeven in late 2017. Gonzaga, like his fellow Brazilian, was let go from the UFC, but had fought just once since.

In the co-main event of the evening, BKFC veterans and UFC alums Jim Alers and Julian Lane locked horns.

The event kicked off with a free preliminary-card stream at 8 p.m. ET on FITE TV via Combat Press. The night’s main card aired live on pay-per-view beginning at 9 p.m. ET.