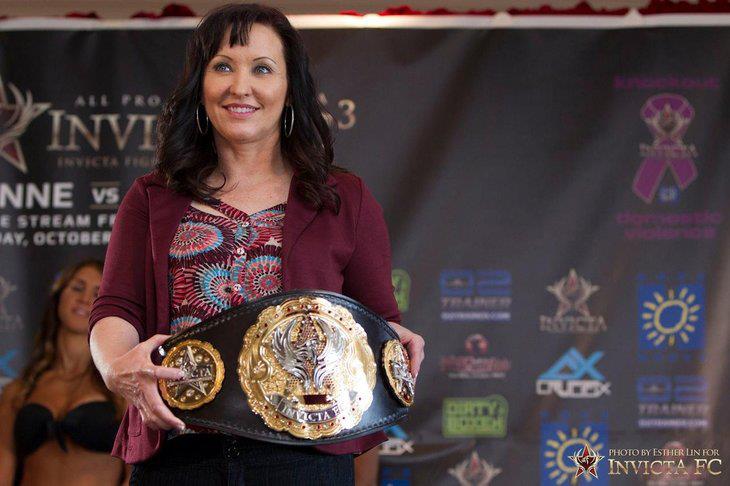 Invicta Fighting Championships: Much More Than a Proving Ground for the UFC

In a mere two years, women’s MMA has grown exponentially. So much so that UFC President Dana White admitted that putting women in the UFC was one of his better ideas.

Several factors—the UFC’s inaugural female division, Ronda Rousey’s reign as the undisputed bantamweight champion, the development and success of Invicta Fighting Championships, female fighters being signed to various promotions and an all-female cast of The Ultimate Fighter, to name a few—have propelled women’s MMA into the spotlight. With Invicta FC joining forces with UFC Fight Pass, one can expect women’s MMA to continue to flourish.

In 2012, Shannon Knapp and Janet Martin joined forces to give female competitors a stage they could be proud of after Strikeforce was no longer an option. The result was Invicta Fighting Championships. It appeared to be one of the fastest-rising fight promotions in history. It provided an electric experience and featured some of the most talented female competitors in the game, headlined by former Strikeforce women’s bantamweight champion Marloes Coenen and Romy Ruyssen and also featured Kaitlin Young, Leslie Smith, Liz Carmouche and Jessica Penne.

After the debut of Invicta FC, the promotion became the top spot for female fighters, especially those outside of the 135-pound division. Knapp secured “alliances” with Japanese-based MMA promotion Jewels, as well as the Indian-based Super Fight League, gaining access to a variety of female competitors. The wheels were set in motion for something great.

The first seven shows put on by Invicta set the bar high for talent and match-ups. As Invicta continued to grow, Knapp developed a talented bunch of strawweights, including Tecia Torres, Bec Rawlings, Carla Esparza, Rose Namajunas and Joanne Calderwood, to name a few. As the 115-pound division gained momentum and delivered exciting bouts, people started to take notice. Eventually, the strawweights nabbed the attention of Dana White, who subsequently announced the addition of a strawweight division in the UFC. In December 2013, he shook up the Invicta strawweight division by announcing that 11 Invicta fighters were set to join the UFC, leaving Invicta to no longer be the top spot for 115ers and 135ers.

Although many may regard the UFC as the top spot for any fighter, Dana White has overlooked several divisions and athletes within women’s MMA, and it’s those divisions and fighters that will continue to propel Invicta to new heights and likely develop the future of the UFC’s roster. Despite losing several names to the UFC, Invicta showed no signs of slowing down with the announcement of its eighth event, which features a variety of competition, experience levels and weight classes.

Some may regard Invicta FC as a “proving ground” for the UFC, and in some respects, it’s true. However, with Knapp and matchmaker (and former fighter) Julie Kedzie continuing to develop potential in the 115- and 135-pound weight classes and providing a stage for the 105-, 125- and 155-pound weight classes, they’re opening up a huge window for different divisions in the UFC. Invicta FC 8 is the first step in that direction. This will be the first event to air on UFC Fight Pass, the card is stacked, views will be high and the talent of the fighters will keep the fans interested. Exciting performances and bold wins could have bigger implications.

One thing is for sure: there’s a lot of hidden talent on the Invicta FC roster. The UFC has only scratched the surface of talent among women in the sport.