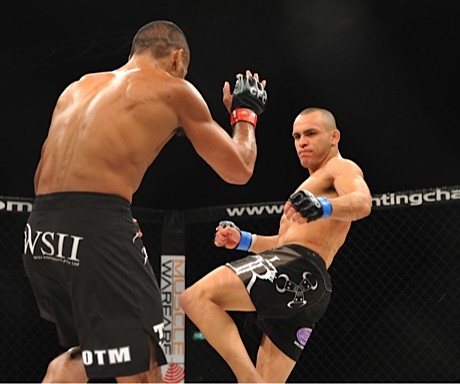 A new fight has been added to the BRACE 32 card.

Combat Press has learned from sources close to the situation that former UFC fighter and The Ultimate Fighter: The Smashes contestant Manuel Rodriguez is set to face Steve Micallef on March 20 in Sydney, Australia in a welterweight clash.

Since his release from the UFC, Rodriguez has fought just once and has battled multiple injuries that saw him out of action for all of 2014. The TP Gym product heads into the March 20 bout on a three-fight skid and by the time of the fight, he will be competing for the first time in almost 15 months.

Micallef suffered his first professional loss at the hands of Corey Nelson at the BRACE end-of-year grand final event on Nov. 22, 2014. Micallef had previously won seven in a row, with five of his victories coming in the very first round. Micallef trains out of Sinosic-Perosh Martial Arts alongside UFC-vets Anthony Perosh and Elvis Sinosic.

BRACE 32 is set to be streamed via TenPlay and is subject to geoblocking, and will also be available via Fight Network. The event will also feature fights from the opening round of the 2015 bantamweight championship. The remainder of the BRACE 32 card is set to be announced in the coming weeks.