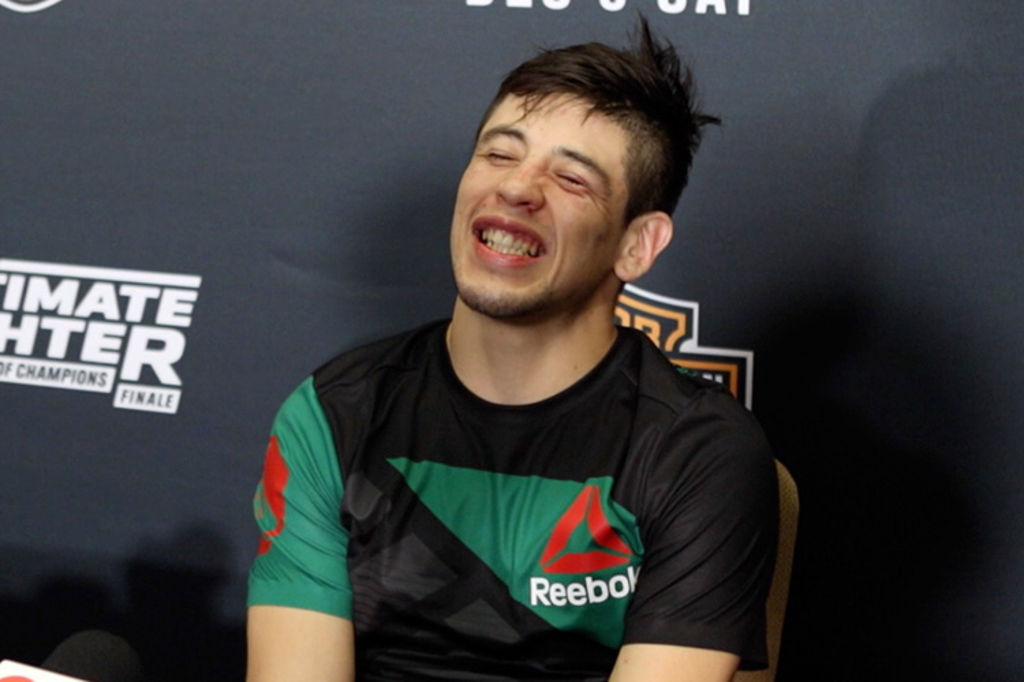 Just last year, it seemed as if the UFC’s flyweight division was history. The league’s long-reigning champion, Demetrious “Mighty Mouse” Johnson, had been unseated by Henry Cejudo and then, in an even more shocking development, the legendary fighter became one piece of the historic first-ever MMA “trade” when he was allowed to sign with ONE Championship in exchange for Ben Askren. Meanwhile, there was speculation that UFC chief Dana White was ready to shutter the division. The UFC was more interested in a showdown between Cejudo and the bantamweight champ of the moment, T.J. Dillashaw, and members of the flyweight roster were either receiving pink slips or requests to move up to the bantamweight division.

Now, things don’t look so gloomy. When the UFC touches down in Mexico City on Saturday, it will bring along a quartet of 125-pounders. On the main card, Askar Askarov meets Brandon Moreno. On the prelims, it’s Sergio Pettis against promotional newcomer Tyson Nam. These are significant fights for a division that was supposedly dead, and it’s a sign that the flyweight division is poised to rise from the ashes.

The champ, Cejudo, might be calling out a titleholder of the opposite gender, but that seems to fit his quirky character. The more important detail is that the former Olympic wrestler is a new champion in need of challengers. This creates the opportunity for some fresh title fights, including one against Jussier “Formiga” da Silva, whom Cejudo just barely beat in their first encounter, and longtime contender Joseph Benavidez, who recently toppled Formiga. Benavidez squeaked by Cejudo in their first contest, which makes a title rematch a very marketable fight.

Beyond these potential championship tilts, the division is in need of new blood at the top of the mountain. This could begin with Askarov, Moreno, Pettis and Nam.

Askarov is a 26-year-old upstart who holds an undefeated mark through 10 pro fights. He’s a UFC newcomer, but he’s in a high-profile spot against Moreno, a veteran making his return to the UFC — another interesting little tidbit in all of this — after a short stay with the Legacy Fighting Alliance. Moreno still holds the No. 9 spot in the UFC’s flyweight poll, and Askarov could catapult into the rankings with a victory over his accomplished foe.

Nam makes his UFC debut at the event, too. How it took the 28-fight veteran this long to land inside the Octagon is a mystery, but he has made stops in EliteXC, the World Series of Fighting and Fight Nights Global. The 35-year-old Hawaiian first made himself known to fight fans when he stunned Bellator mainstay Eduardo Dantas in 2012 fight under the Shooto Brazil banner. Unfortunately, he has struggled to find consistency since then, but he has a chance to capitalize on this short-notice assignment — he signed on as a late replacement for Alex Perez — against the promotion’s No. 5 flyweight in Pettis, who has lost three of his last four fights.

These fights in Mexico City are just two building blocks in the flyweight division’s resurrection.

In July, fans were treated to an entertaining clash between Deiveson Figueiredo and Alexandre Pantoja that was reminiscent of those early days of the UFC’s division when Mighty Mouse and Ian McCall engaged in thrilling, scramble-filled action. Figueiredo won and nows sits in the third spot in the rankings. The Brazilian also has an upcoming match-up against No. 6 flyweight Tim Elliott, who is set to return from a lengthy layoff.

In August, seventh-ranked Rogerio Bonterin notched a doctor’s stoppage for a victory over Raulian Paiva, who slots in at No. 15. Kai Kara-France, the No. 8 flyweight, extended his UFC record to 3-0 with a victory over Mark De La Rosa, who checks in at No. 14.

Matt Schnell, the No. 10 flyweight on the UFC’s poll, was one of the fighters who moved up to bantamweight in early 2019. He’s now back at 125 pounds and set to meet the aforementioned Pantoja in December. While he hasn’t always emerged with his hand raised, the former The Ultimate Fighter contestant is now on a four-fight winning streak that includes three victories within the flyweight division.

With Askarov and Nam set to join this mix, which also includes Jordan Espinosa, Ryan Benoit and the aforementioned Perez in the current top rankings, the flyweight division appears to be heating up. Cejudo has only ever fought three members of this group: Formiga, Benavidez and Pettis. Two of those fights were not obvious wins for the current champ. This leaves the UFC with a fresh and interesting slate of fights at 125 pounds.

With the current slate of upcoming fights, it’s quite clear that the UFC’s flyweight division is anything but doomed.