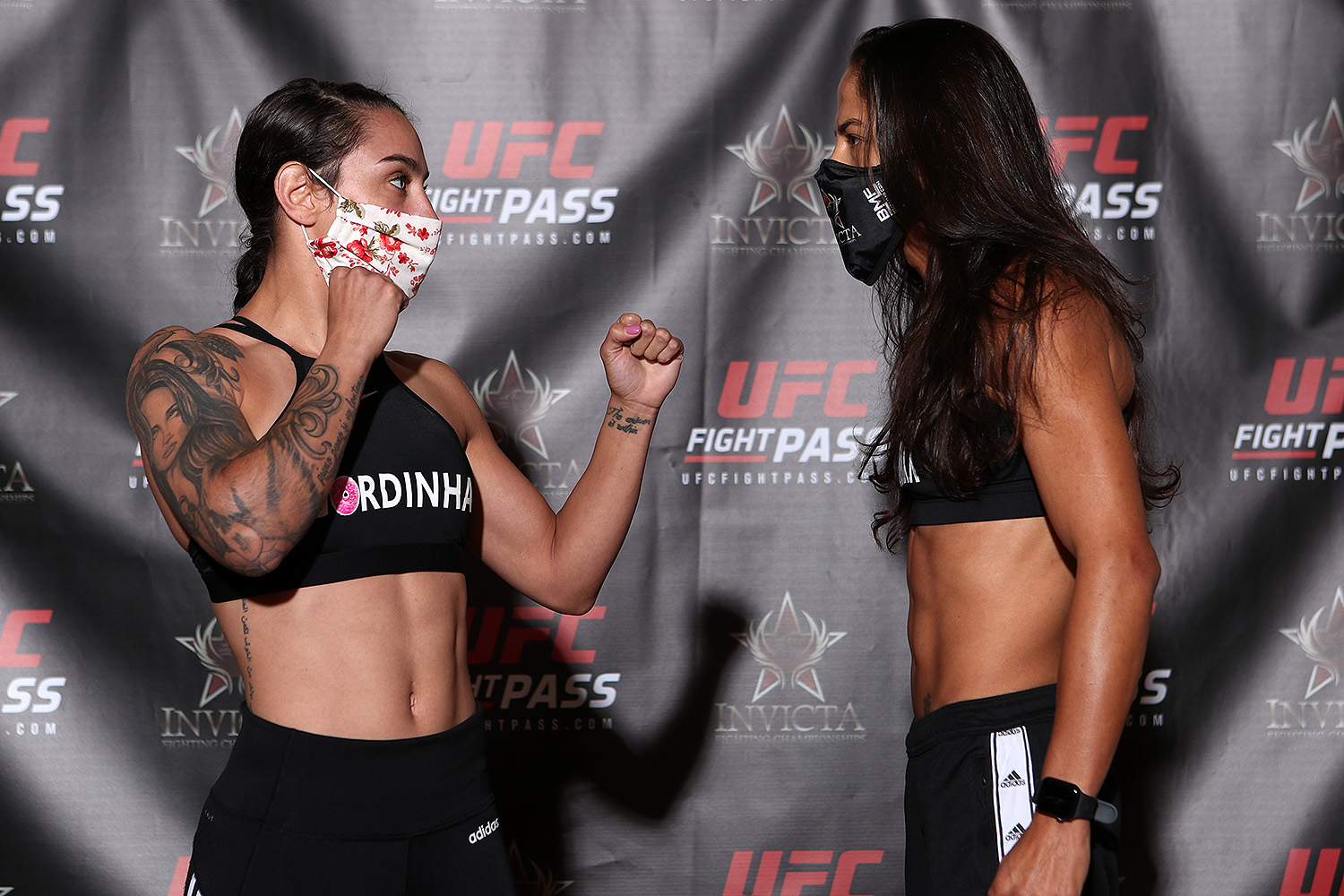 In the night’s main event, former straweight title challenger Emily Ducote clashes with UFC veteran Juliana Lima. Oklahoma’s Ducote scored a violent, first-round knockout of Janaisa Morandin in her Invicta debut, but fell short against Kanako Murata in her title conquest. Lima rejoined the Invicta roster in 2019 following a seven-fight stint with the UFC. The veteran was last in action during the inaugural Phoenix Series tournament, where she defeated Danielle Taylor, but lost to eventual tournament champion Brianna Van Buren in the semifinals.

The co-main event takes place in the atomweight division as Alesha Zappitella takes on Lindsey VanZandt.

The fighters hit the scales on Wednesday, July 1.

* – Bennett had a medical issue during her weight cut and could not weigh-in. Leonardo was paid her show purse after making weight and the fight was pulled from the card.