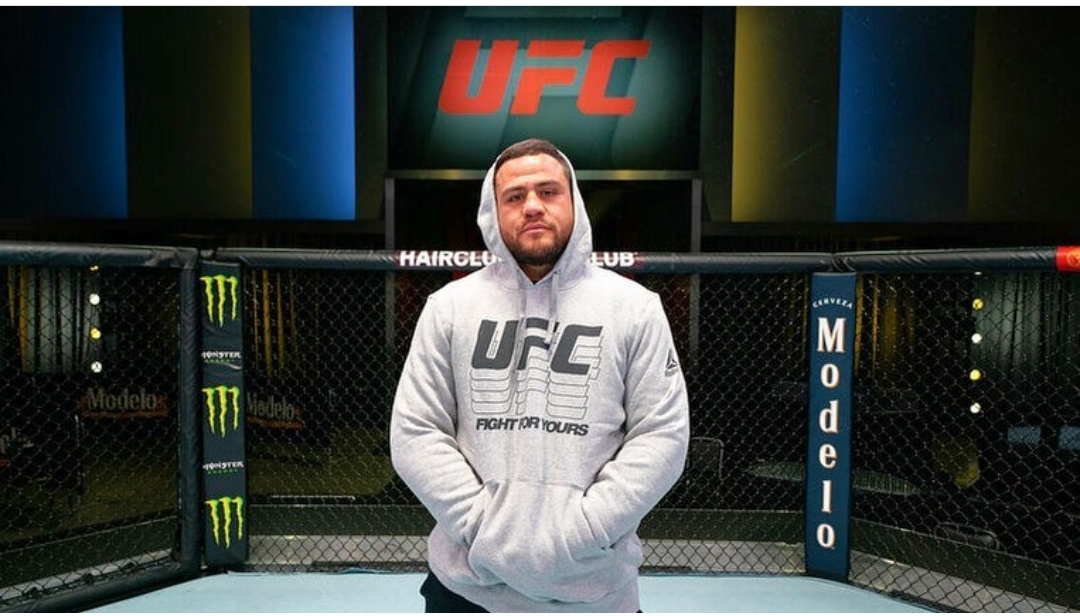 How Will Tai Tuivasa Fare Against the Heavyweight Elite?

Tai Tuivasa stole the spotlight at UFC 271 this past Saturday, after he knocked out Derrick Lewis in his own hometown of Houston. Tuivasa is now ranked third in the heavyweight division, jumping up eight spots, and has therefore entered title contention.How will he fare against the heavyweight elite?

When Tuivasa was beaten by Sergey Spivak in 2019, it was his third consecutive loss, and his future prospects in the UFC appeared bleak. While he had already cultivated a fan-favorite image early into his career, he seemed to lack the skills needed to succeed at the highest level.

Tuivasa has since admitted that he did not take his career as seriously as he needed to during that time. The Australian has thrived since he started training in Dubai. This has benefitted the fun-loving Tuivasa, who believes that being away from home allows him to avoid distractions.

Tuivasa entered the UFC as a brawler, but has now added technique and fight IQ to his game. While he did have to overcome adversity against Derrick Lewis, his decision-making in this contest bodes well for potential challenges against other elite heavyweights.

Many fans expected that the two would immediately start trading punches, but Tuivasa did not engage. When Lewis threw a big right hand, the 28-year-old evaded and clinched him against the fence. When they disengaged, Tuivasa targeted Lewis’s legs with a series of powerful kicks. This has become a major part of Tuivasa’s game and demonstrates that he is now a more well-rounded striker. He is no longer as reliant on his punches to hurt and destabilize his opponents.

In spite of his strong start to the bout, Tuivasa did seem to get flustered on a couple of occasions when he was blitzed by Lewis. However, this is understandable, considering Lewis holds the record for the most knockouts in UFC history. Tuivasa overcame some difficult moments and ended up beating Lewis at his own game. Following a Lewis blitz in the second round, the two began exchanging punches before Tuivasa engaged in a clinch. He then backed off and landed a big right hand from which the American never seemed to recover. The 28-year-old displayed excellent head movement to evade the big shots coming his way, and his precise striking helped him win the exchange. Tuivasa then landed a jab which stumbled Lewis before hitting an elbow which sent the 37-year-old crashing into the canvas.

It was a mature, calculated performance from Tuivasa that propelled him into the upper echelon of the heavyweight division. He is now on a five-fight winning streak and it will be intriguing to see how he will fare against the toughest competition.

An area that Tuivasa will need to improve is his takedown defense. His weakness on the ground was exposed in his loss to Sergey Spivak. It was also notable that he was taken down twice by Lewis, despite the fact that the 37-year-old is known for almost exclusively fighting on the feet. Considering that nearly all of the elite heavyweights have solid grappling skills, it will be imperative that Tuivasa makes significant developments in this department.

Perhaps the most important trait that Tuivasa showed against Lewis was his durability. During one sequence in the contest, Lewis had taken Tuivasa down and was reigning down heavy blows against the fence. To the shock of most observers, Tuivasa not only survived this barrage, but he got up and immediately started swinging back at Lewis. This was a testament to Tuivasa’s toughness and mental fortitude. Being durable is a valuable trait for any fighter, but this is amplified at heavyweight where everyone carries knockout power. Champion Francis Ngannou and number-one ranked Ciryl Gane have never been stopped in their careers. This has taken them a long way and has been an important factor in their success. Tuivasa will not want to rely on his durability, but he will take immense confidence from the way he survived Lewis’s onslaught.

Tuivasa has never fought for longer than 15 minutes, so it remains to be seen how he would fare if he went the distance in a championship bout. This is why it will be important for him to secure a Fight Night main event in his next contest to potentially gain the experience of fighting for 25 minutes. This will reveal whether the Western Sydney native has the level of conditioning necessary to thrive against the more durable athletes in the division.

The aspect that most fans and analysts believe Tuivasa will fall short in is his striking against the tall, technically skilled strikers at heavyweight. The aforementioned Lewis prefers to fight at close quarters, and this suited Tuivasa, but most of the other elite heavyweights can also do damage from range. Tuivasa is one of the shorter fighters in the top five and could therefore have a difficult time being effective against the likes of Ngannou, Gane and Stipe Miocic, without putting himself at considerable risk. However, the Australian possesses great mobility and agility despite usually tipping the scales close to the heavyweight limit. This could mitigate his height and reach deficit. His flying-knee knockout of Rashad Coulter was an example of his incredible athleticism.

Tuivasa has become one of the most beloved fighters in MMA today. At one point, he seemed destined to be viewed as the “fun fighter” who struggled to break into the elite. His victory over Derrick Lewis changed all of this, and he now has momentum behind him. For a long time, Tuivasa seemed to receive more attention for his post-fight celebrations than his performances, but it was his knockout that stole the show at UFC 271. The UFC heavyweight division will be aware that a new contender has emerged.