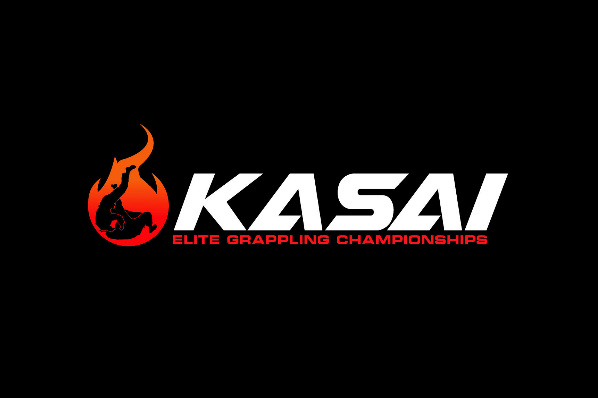 KASAI Elite Grappling Championships will finally host its long-anticipated inaugural professional card on Saturday night at the Greenpoint Terminal Warehouse in Brooklyn, N.Y. In addition to a stacked undercard of eight fights, main-card fights featuring Murilo Santana against Craig Jones and Raquel Pa’aluhi versus Caitlin Huggins, and a main event with Gordon Ryan taking on Yuri Simoes, the focus of the event is the eight-man round-robin tournament for the first KASAI World Lightweight Championship.

The idea behind KASAI is to have both amateur and professional formats. The amateur event took place in October, and the founders were very pleased.

“The amateur tournament was great,” Gracie told Combat Press. “Everyone had a great time, and we were satisfied with the turnout. The athletes were happy, the sponsors were happy, and everybody loved it. We’re hoping to do another one early next year.”

As part of the October tournament, there was a qualifying tourney held to fill the eighth spot in the pro tournament. The pro card was already stacked, but the winner of the qualifier was an unlikely one, at least to the layperson, for a very specific reason.

“The pro event has grown a lot,” Gracie said. “Ever since KASAI announced the first couple fights, the whole community is talking about it. Everybody’s excited, not only to see who is going to be the 155-pound champion, but also who is going to win between Gordon Ryan and Yuri Simoes.

“We have Garry Tonon, Gianni Grippo, Mansher Khera, A.J. Agazarm, Celso Vinicius, Enrico Cocco, Renato Canuto, and the guy who won the amateur tournament, [Edwin] ‘Junny’ Ocasio. He won the tournament by submitting four black belts to win the spot, and he’s only a purple belt. The kid’s on fire.”

That was not a misprint. The winner of the KASAI Pro invitation, who will take on some of the highest-level athletes in the world this weekend, is “only” a purple belt. However, if you ask Ocasio, he was not surprised at all.

“I was focused on securing a spot in the invitational,” Ocasio told Combat Press. “I originally wanted to get into the invitational without doing a qualifier, but, obviously, they were inviting world-class athletes. Going in, I threw all the rules out the window, and I wanted to make a statement to solidify my spot. It couldn’t have went better.”

Ocasio ran through a slew of black belts to capture his spot. With one of the best camps in the sport at Unity BJJ in New York City, he has no intention of slowing down.

“My gym is very high level,” Ocasio said. “It’s a very good camp with very high-level competitors. I train under Murilo Santana, so I have Paulo and Joao [Miyao], Devhonte [Johnson], and so many world-class competitors and other purple belts around me. It’s just the same type of training I did for the qualifier and the ADCC camp. I’m sharper and paying attention to more details.”

Ocasio is not a stranger to grappling, so it’s not like he was some random purple belt who just fell into this. While Tonon, Khera, Agazarm, Grippo and the others are more mainstream names, Ocasio has been competing all over the world as well. This has been a lifelong quest for him.

“Since I was younger, it was the only thing that I was really good at,” Ocasio said. “People put their energy into different things, and you can be good at anything that you put enough time into. When I wrestled as a kid, I knew grappling was something I loved. It’s my therapy, and it helps me push myself. I love what I do.”

While Ocasio and the other competitors are ready to put on a tremendous show of skill on Saturday night, the KASAI management team has been burning the midnight oil to put on a fantastic show for the fans as well.

“We’re keeping busy, but we like it,” Gracie stated. “It’s a challenge, but things are going great. We’ve put a lot of hard work into this, partnering up with the right people. We have a great production team, partnering up with FloGrappling to broadcast the event. Everything is great.

For those who cannot attend the event live, FloGrappling will have the action kicking off with the undercard at 6:30 p.m. ET and the main card at 8 p.m. ET. This inaugural event is being put on by a very talented team and features some amazing athletes. Whether tuning in to see just how far Ocasio will go, or who will win between Ryan and Simoes, this is sure to be a fantastic show, which will likely lead to big things in 2018.