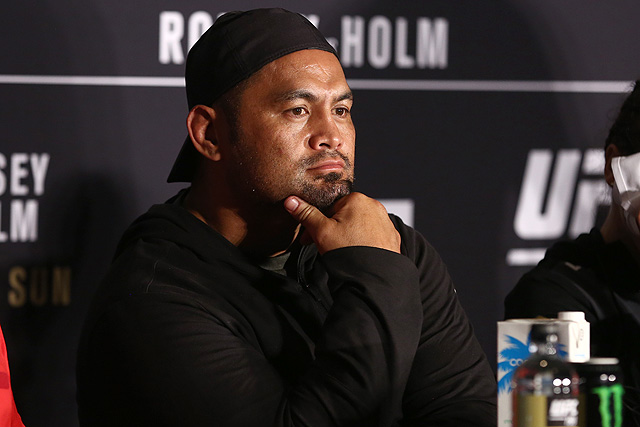 MMA legend Mark Hunt has had enough. He’s going to take a stand.

After former UFC champion Brock Lesnar beat Hunt in his first MMA fight in more than four and a half years, he ended up testing positive in a drug test. Even though Lesnar’s victory was overturned as a result of the failed test, Hunt still went ahead and sued his employer, accusing the UFC and its executives of letting his opponent test positive and still be allowed to fight.

Not only are these extremely serious charges, which have more than enough merit to be filed, because the evidence seems to show that the UFC is, at least, partly guilty of what Hunt claims, but even more interesting is the fact that the UFC appears to be acknowledging that the accusations might be somewhat true. Of course, the company hasn’t made any such statement officially, but read between the lines and it appears pretty clear.

Typically, it seems a large company, with heavy corporate influence, operates with a lot of secrecy and intimidation. More times than not, if you step on the toes of the higher-ups of any company, they will either try to shut you up or ruin your life. The goal is to make you seem like a bitter ex-employee.

Not only is the UFC not doing anything close to this to Hunt, but it’s actually booking him for really big fights against big names, something which he has demanded. This seems kind of unbelievable. Could there be some kind of situation where UFC executives were just tolerating Hunt while he sues them for millions?

During the UFC weigh-ins and prior promotional events for UFC 209, where Hunt’s fight with Alistair Overeem took place on the main card, company head Dana White, who usually greets every fighter as they step on the stage to stare down their opponent, embraced Hunt with a hardy handshake, as did Overeem. In fact, Overeem, who is a big company man and has always gotten along with UFC brass, embraced Hunt before and after the fight, even though Hunt constantly harped away at Overeem, calling him a “cheater” for his own past steroid use.

This was a really interesting sight to see happen multiple times. White, who is notoriously known as someone who won’t take any form of perceived disrespect from any of his employees, is being more than friendly to the former title contender.

Furthermore, even though Hunt lost to Overeem via third-round knockout, the “Super Samoan” is already set to face fellow knockout machine Derrick Lewis in Hunt’s native New Zealand. Talk about being accommodating. Not only is Hunt already getting set up by the UFC for another headliner, but the fight comes against an opponent who is rising up in the ranks and wants a big name.

So, to recap: the UFC is getting sued by a fighter, and yet the company keeps welcoming him with open arms and giving him big fights. What’s the catch here?

Well, maybe the UFC is trying really hard to maintain its legitimacy on the issue of steroids and taking it seriously, so the organization will do anything to fix its past mistakes, even if that means the UFC has to embrace someone who is going after them in court. The UFC might see this as a learning experience. The lesson being, don’t make awful errors in judgement like this ever again.

Look at how the UFC has cracked down on steroid usage. Even some of the biggest fighters get punished, so you know the company means business. The whole Lesnar situation was, honestly, a debacle. Nobody expected this guy, who hasn’t fought in over four and a half years, back at a time when he was fresh off suffering through diverticulitis, would actually be able to perform in his first fight back without a little help. If you’re Lesnar and you consider the repercussions to making that kind of return after so long, a loss would be a huge blow to the ego. It’s possible he’d do anything he could to preserve his legacy, even by cheating.

Look at Lesnar now. He’s back at home in the WWE, performing choreographed fights as he has for the majority of his adult life. He’s loving it and still getting paid handsomely. He probably hasn’t received any kind of actual punishment from the WWE, either, because the pro-wrestling promotion knows he’s a ratings hit. Meanwhile, Lesnar did receive a one-year suspension in the MMA world, but that’s no skin off of his back. He only came back for one last fight. For a guy who’s pushing 40, it’s unlikely that he’ll actually fight again anyway.

Hunt, on the other hand, is still in the game. He’s fighting for his right to be treated fairly after being misled by his employer, and he’s still fighting in the Octagon, too. He doesn’t want to be treated with disrespect by anybody, let alone a sport to which he’s given his entire life. He likely feels that, while a lot of fighters have had an advantage over him, perhaps even as a result of performance-enhancing drugs, he didn’t need any of that stuff. He’s going to put his foot down and not let it happen any longer.

Hunt should be applauded for his stance. Everyone loves Hunt. He’s a great guy. He’s a great fighter. He’s also a great ambassador for MMA. It would be complete suicide for the UFC to treat him with any disrespect, because the backlash from fans would be incredibly damaging to the brand. The UFC knew this was the case and it doesn’t even seem like the organization thought twice about doing it differently.

As far as how the lawsuit goes, I hope Hunt comes out on top, because he deserves, at least, some compensation, but it’s also a moral victory for him and for all fighters. He’s not only standing up for himself, but the rest of his colleagues as well. He doesn’t want them to go through what he went through.