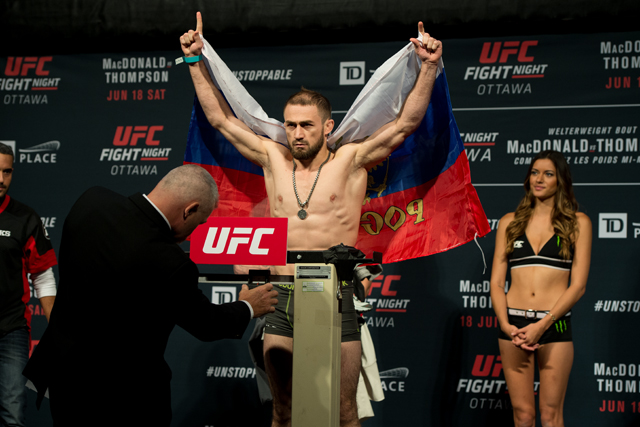 In the co-main event, flyweight champion Vartan Asatryan attempted to defend his title for the first time against unbeaten Russian Tagir Ulanbekov. Asatryan, 24, had won six straight including victories over Zhalgas Zhumagalov and Mikael Silander. Ulanbekov is a national Sambo champion with seven wins in his seven pro MMA fights.