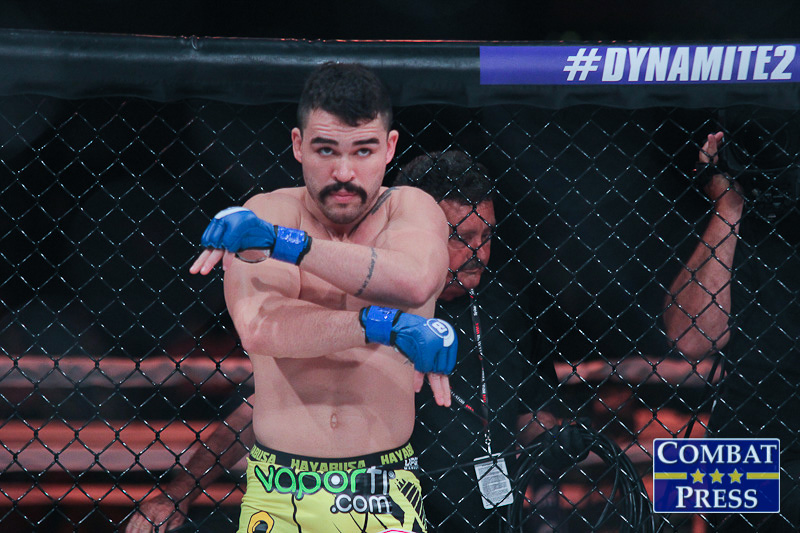 Bellator MMA heads back across the pond to Newcastle, England, and the Utilita Arena on Feb. 9 for Bellator Newcastle.

The main event of the evening features one of Bellator’s top veterans, lightweight contender Patricky “Pitbull” Freire. Freire, who is currently riding a four-fight winning streak, meets Ryan Scope, who will be fighting in front of his home crowd and will enter the cage for the first time in over a year.

Will Ryan Scope impress in his Bellator debut, or is he little more than cannon fodder for Bellator lightweight staple Patricky “Pitbull” Freire?

Any fighter could be making their Bellator debut and still find Freire to be a tough fight. Pitbull has long been a part of Bellator’s lightweight division and been among the best Bellator has ever had in the division. I hate to call Scope “cannon fodder,” but, in the end, this is Freire’s fight to lose.

The big factor for Scope in this fight is how he readjusts to fighting in the cage. He hasn’t seen action since December 2017. That is a huge layoff before fighting someone the caliber of Freire. Pitbull’s aggressive style might be way too much for a first fight back in over a year. Scope has a ton of regional fight experience, though, including a few wins in BAMMA. However, he has seen nothing quite at the level of Freire.

Freire’s usual game plan is to get in his opponent’s face early and often. This will most definitely be the strategy he employs against Scope to test how deep Scope’s gas tank is after a year on the sidelines. Pitbull is currently riding a four-fight winning streak, and three of those victories have come by way of knockout. Expect the same to happen here, quite possibly within one round. This leads to the next question: whether or not Bellator will give Freire another shot at Bellator gold following what very well should be his fifth straight victory.

Outside of the main event, the main-card fighters are not names that resonate with the casual fans. Are any of these other fighters especially worthy of attention?

I would hope so. A card without any other worthwhile fights outside of the main event would be kind of a waste, no?

We’ll stick to the main card and mention Aaron Chalmers, who tangles with Corey Browning. Chalmers is a nice prospect for Bellator’s lightweight division. He won his Bellator debut and has three fights under the BAMMA banner. Chalmers has yet to go past the first round through four professional fights. He last fought in May against Ashley Griffiths at Bellator 200, where he won via guillotine choke. So far, Chalmers has displayed a well-rounded game with two submission wins and two knockouts. He’ll be featured more on Bellator’s European Series moving forward. If you’ve missed his nice finishes, find them and watch them. Chalmers is one of Bellator’s more exciting European prospects.

Also on the main card, we have another undefeated English prospect in Fabian Edwards. The middleweight competitor made his Bellator debut in his first-ever professional bout. Since then, he has rattled off four victories in the BAMMA organization. Much like Chalmers, Edwards is a finisher. He has stopped four of his opponents in the first round. Lee Chadwick is a very experienced foe for Edwards and should be a great test this early in his career.

Terry Brazier and Chris Bungard. Brazier has won nine straight fights after dropping his second professional bout. This streak includes five victories in BAMMA, with two of those victories coming by way of first-round submission. Brazier draws a tough veteran adversary in Bungard, who has won three straight fights and finished two of those opponents. Bungard has fought all over the European regional circuit and will look to take a win in his step up in competition.