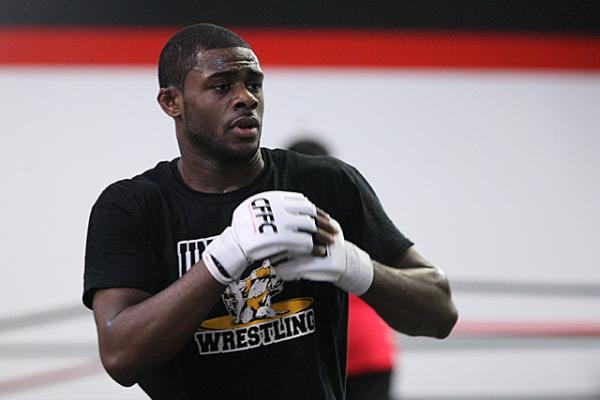 UFC on Fox 24: Don’t Sleep on the Preliminary Card

Kansas City, Mo., will be the backdrop Saturday night when Demetrious “Mighty Mouse” Johnson attempts to defend his title for the 10th time as he goes up against Wilson Reis. The UFC has put together yet another very solid card for big Fox. Besides the headlining flyweight title fight of UFC on Fox 24, there are two other bouts with serious championship implications. The co-main event pits Rose Namajunas against “The Karate Hottie” Michelle Waterson. Both of these women are legitimate threats at strawweight, and with an impressive victory, one can only think the victor will get their shot next. In the log-jammed middleweight division, No. 3-ranked Ronaldo “Jacare” Souza faces off against the sixth-ranked Robert Whittaker. With Michael Bisping teasing a fight with Georges St-Pierre, who knows what’s next for the winner of this contest.

So, yes, the main card is a very solid offering. But you know what’s just as exciting? The undercard.

Aljamain Sterling started his professional career 12-0. He has lost his last two fights in the Octagon, but he is set to bounce back against the MMA Lab’s Augusto Mendes as part of the UFC on Fox 24 undercard. “Tanquinho” is 6-1, and his only loss was at the hands of the current UFC bantamweight king, Cody Garbrandt. Both of these fighters have a lot to prove, and Sterling is looking to avoid the dreaded three-fight losing streak that often results in a UFC release. This is a strong pick for “Fight of the Night.”

Louis Smolka, another member of the UFC on Fox 24 prelim-card lineup, is a fun fighter to watch, but he is in the same unfortunate position as Sterling. He has suffered two straight loses. There are times when “Da Last Samurai” looks like he could be the next big thing in the flyweight division, and other times fans are left scratching their heads. His opponent, Tim Elliott, gave pound-for-pound best fighter in the world Mighty Mouse his toughest test to date. After Elliott worked his way through The Ultimate Fighter competition and went 25 minutes with the champ, there is no doubt he is making the most out of his second chance with the UFC. This fight will be fast-paced, so don’t blink.

It’s going to feel a lot like Rocky IV when Roy Nelson walks out to the Octagon as “Born In the USA” envelops the sell-out crowd and his opponent, “Drago,” stares him down. All jokes aside, “Big Country” is always a fan-favorite, and it doesn’t get much more Russian than Alexander Volkov. Nelson is a perennial gatekeeper in the heavyweight division, but if he ever wants to make a serious run at the title, now is the time. Volkov is still looking to prove he belongs in the UFC. It would be a shock if this fight went the full 15 minutes.

These are just three highlights on a preliminary card that also features the UFC debut of stud prospect Tom Duquesnoy, a blistering affair between Anthony Smith and Andrew Sanchez, and undefeated female bantamweight competitor Ketlen Vieira’s sophomore UFC appearance. Yes, the main card has a lot to offer, but the prelims are definitely enough to make any MMA fan excited.