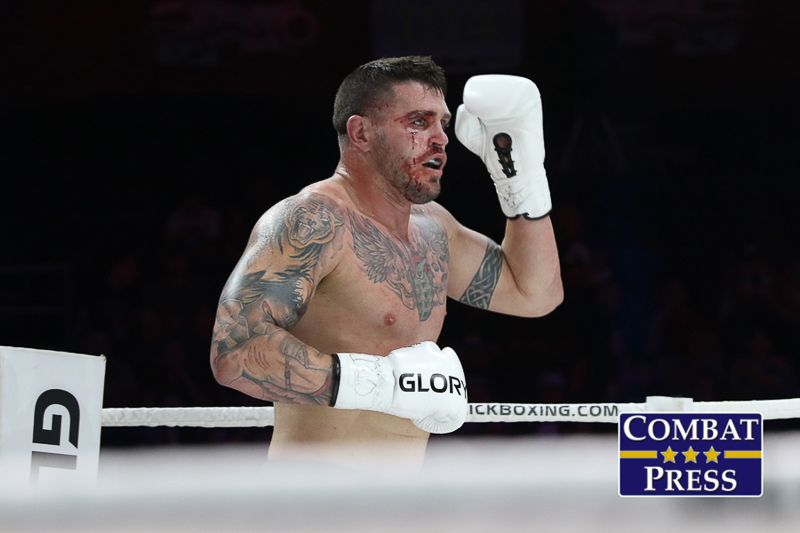 Martial arts and dancing have a lot of similarities. Both take years of study, concentration, coordination, flexibility and mobility. Martial artists and dancers also require special gear, training partners, coaches, and support from family and friends.

In Chris Camozzi’s household, both martial arts and dancing are a family affair. His wife and their 16-year-old daughter are dancers. The latter is currently going to school for dance. She is not just practicing one dancing art. Instead, she takes sort of an MMA-like approach to it.

“I get to go to a lot of dance competitions and things like that,” Camozzi told Combat Press. “My daughter travels around, and she’s pretty good as well. She does the same as my wife and more. She does ballroom dancing on the side. She does ballet. She does all kinds of stuff. It’s crazy. It’s like a full-time job.”

Camozzi’s fighting career is similar. It covers many different aspects of martial arts. He comes with a very well-rounded background and tries to be a specialist in everything. He is currently under a fresh GLORY Kickboxing contract, and he is also still active as a professional mixed martial artist.

“I love doing two aspects of the sport now,” Camozzi said. “I think it’s really cool being a full mixed martial artist everywhere. Kickboxing is awesome, and now they have me ranked eight or nine. I’ve had a pretty good career so far in MMA, and still going up. I’m close to getting my black belt [in Brazilian Jiu-Jitsu]. I just feel like I’ve fully rounded out as a fighter, and it’s a pretty cool time. I’m interested to see where the kickboxing takes me. I’d love to make a title run at that, and a title run in a major MMA promotion would be amazing.”

Camozzi, who trains at Factory X Muay Thai in Englewood, Colo., recently secured a three-year contract with GLORY, so next on the list is an MMA contract. After a long career with the UFC, he fought in Russia, where he suffered a loss due to a cut, and also in Sparta Combat League in September, where he picked up his first MMA win in three years. In GLORY, he is currently 3-1 and was able to pick up back-to-back wins in 2018.

“Everything’s been going pretty smooth,” Camozzi explained. “I recently switched management companies to Kaulig Sports and Entertainment. It was a kind of working-out process getting settled with them and moving forward. I’m looking for an MMA promotion to sign a longtime deal with too. Between the GLORY deal and that, it will be good.”

The next dance for Camozzi is set for Saturday night at GLORY 72 in Chicago, where he faces Ryot Waller in the co-main event of the UFC Fight Pass broadcast. It will be his first kickboxing match of the year, and he is excited to get back in action. He doesn’t know a lot about his opponent, nor does he care to. He is just planning on pressing his style of fighting and putting on an impressive performance.

Camozzi just turned 33 years old, and his goal for the near future is to keep fighting, regardless of the style. With a few options out there for major MMA promotions, he should receive an offer soon.

“It’s nice knowing I can keep kickboxing for three years, no matter what,” Camozzi said. “The goal is to get with a large MMA promotion. I want to finish out my next couple years. I don’t know how much longer I’ll fight — maybe three or four years. I just want to enjoy my career, have some fun with it, and make some money.”