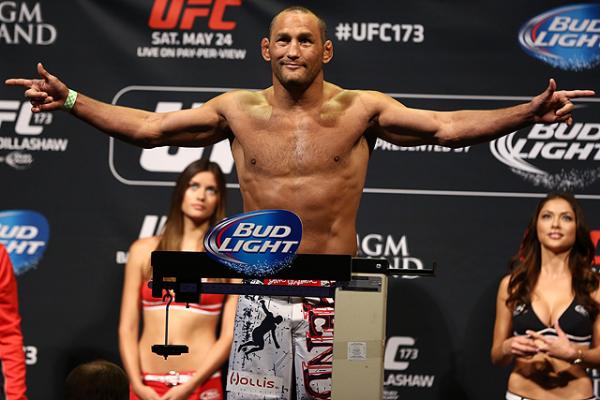 On Friday, June 5, the UFC will host the weigh-ins for UFC Fight Night 68: Boetsch vs. Henderson which takes place Saturday, June 6, from the Smoothie King Center in New Orleans.

In the night’s main event, former Pride FC and Strikeforce titleholder Dan Henderson returns to the middleweight division to take on Tim Boetsch. Since returning to the promotion, Henderson has been fed a steady diet of former champions. The 44-year-old has dropped five of his last six and will be looking to snap a two-fight skid. Boetsch, meanwhile, has been alternating wins and losses for the last two years. He will also look to get back in the win column, having suffered a second-round submission loss to Thales Leites in January.

The co-main event features a heavyweight battle between Ben Rothwell and Matt Mitrione. Rothwell is riding the momentum of back-to-back finishes of Alistair Overeem and Brandon Vera, while Mitrione has won three straight via first-round knockout.

* – given two hours to make weight