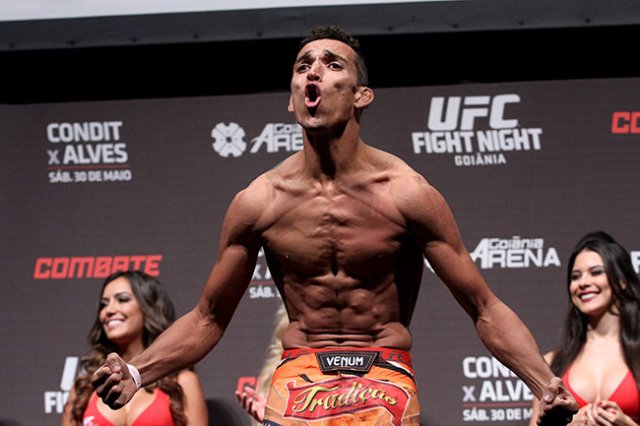 On Saturday, May 15, the UFC will host UFC 262: Oliveira vs. Chandler from the Toyota Center in Houston.

In the night’s main event, the promotion will crown a new lightweight champion as Brazilian Charles Oliveira takes on former Bellator MMA titleholder Michael Chandler. Oliveira has won eight straight, with seven of those victories coming via stoppage. Chandler, meanwhile, impressed in his Octagon debut, putting away New Zealand’s Dan Hooker inside the first round.

The co-main also takes place in the lightweight division as former No. 1 contender Tony Ferguson battles the surging Beneil Dariush.

The event kicks off with a preliminary-card stream on ESPN+ at 6:30 p.m. ET. The action switches to ESPN for the televised prelims at 8 p.m. ET, with the five-fight main card airing at 10 p.m. ET via ESPN+ pay-per-view.

The fighters hit the scales on Friday, May 14 at 10 a.m. ET. Video of the action appears above, while the results appear below.

* – Bontorin missed the bantamweight limit of 136 pounds and was fined 20 percent of his fight purse.