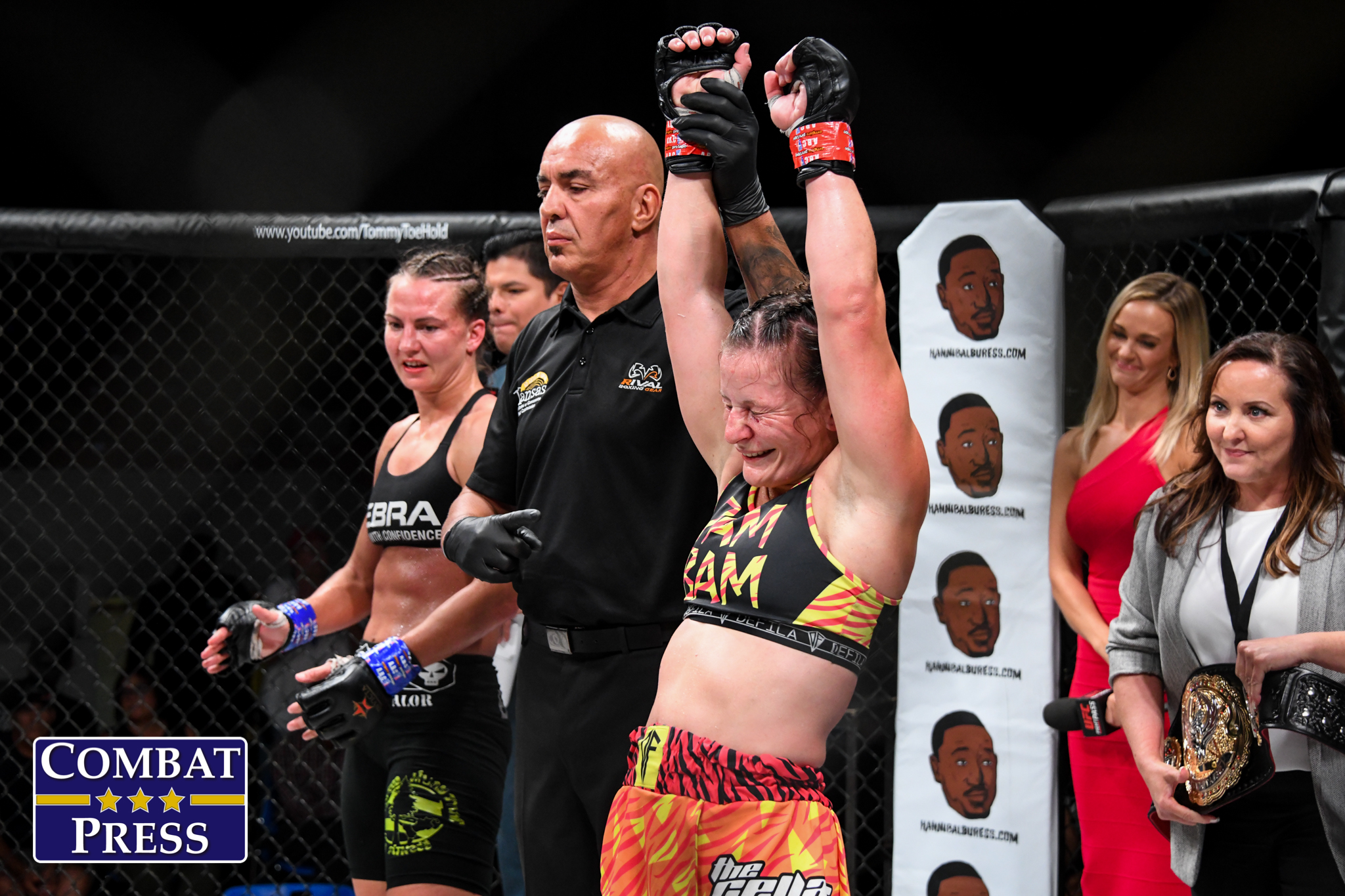 Five Women’s Bantamweight Prospects the UFC Should Sign in 2021

It’s not often that someone from Central America lands on this list, but Edwards has more than proven herself worthy of consideration. The 25-year-old Panamanian is a natural athlete with finishing ability.

Edwards is primarily a striker, but she does have decent submission grappling as well. Early in her career, she fought low-level competition in Central America. As she took more fights, she began to increase her level of competition. She is 4-1 in her last five outings, with her lone loss coming via a questionable split verdict against Sarah Alpar. Her biggest wins in this span came over Brenda Gonzales-Means, Bellator vet Jessica Middleton, and current Invicta fighter Trisha Cicero.

Edwards has proven that she can hang with fighters that have been and continue to be at a high level. She’s still young, so her best days are ahead.

This year’s youngest overall fighter — it’s not even close — is Mir. She’s a top prospect in the sport, and it’s not just because her father happens to be former UFC heavyweight champion Frank Mir. It’s because the soon-to-be 18-year-old is already a lifelong fighter with an excellent wrestling background and the training of a world champion.

Bella is 5-foot-7 and fights at 135 pounds. She also has a frame that will definitely put on some muscle as she gets older. At this point in her young career, she is already impressive. Of course, as a teenager, there is still a lot of development needed, but she’s an absolute blue-chipper. Her first two pro fights took place in October and December, and she scored wins over Danielle Wynn and Alma Cespedes, respectively. The latter of those fights was the main event of iKon Fighting Federation 4.

Bella is a long way off from being a title challenger, but the UFC should strike early before Bellator gets to her. The company could build her up with low-level fights as she continues to progress her skill set and maturity, then advance her to bigger contests when she’s ready. Her ceiling is very, very high.

One of the most underrated female prospects on this list is Brazil’s Nunes. The 26-year-old fighter out of Striker’s House is an animal. She is very aggressive, very powerful, and very dangerous, especially when she keeps things on the feet. Nunes is a definite dark horse.

Her Muay Thai skills are at the forefront of her toolbox. She prefers to stand and bang with her opponents. All but one of her wins have come by way of knockout. She puts together good combos with her hands and is accurate. She fought only once in 2020, but she took on a larger opponent in Quezia Zbonik and scored a second-round knockout over the previously undefeated fighter. Her only career loss came to UFC roster member Taila Santos.

UFC boss Dana White is usually a fan of strikers, and Nunes checks that box.

Although she did not compete in 2020, Sorenson remains one of the top female fighters outside of the UFC. She has most recently competed at 145 pounds, but she has a history of fighting at 135 and would likely move down to bantamweight if it meant a shot to fight with the UFC.

Sorenson’s most recent outing took place in 2019, when she won the Invicta FC featherweight title with a victory over fellow veteran Kaitlin Young. She also owns wins over the likes of UFC roster members Jessica-Rose Clark and Nicco Montaño. Sorenson has good striking ability and is a large fighter, something that will help her in the thin ranks of the weight class.

Sorenson is 34 years old, so the clock is ticking. She’s already proven herself against tough fighters in a tough organization during her time with Invicta. If she doesn’t want to come down to 135, then the UFC would likely have no problem giving her a fight against somebody like Felicia Spencer or Danyelle Wolf, who are two of the minimal employees that occupy the women’s featherweight division.

Bantamweight is one of the shallowest of the women’s divisions. Zheleznyakova, a 24-year-old powerhouse who has only been a pro since July 2019, is among the prospects that could help to make the division more competitive.

She is a nasty striker and finisher. Three of her four wins have come by knockout. Two of those wins came in 2020, and both of them were over legit opponents. Zheleznyakova started the year off with a 42-second knockout of veteran Iryna Kyselova. Then, she added a knockout of Olympian Gozel Zutova, who was 9-0 at the time of their encounter. Both wins were huge for a fighter with less than five total bouts.

Zheleznyakova’s addition to the roster should be a no-brainer. At just 24, the sky’s the limit for this fighter. She could easily climb into contention with a couple of quality wins.