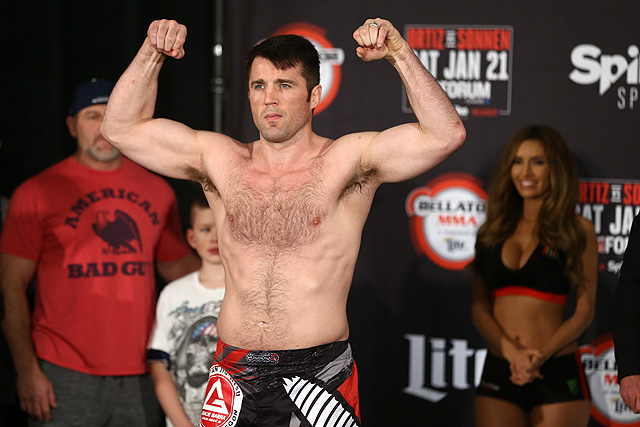 In the night’s main event, a pair of longtime MMA veterans will finally settle a grudge match years in the making as former UFC title challenger Chael Sonnen takes on former Pride FC champion Wanderlei Silva. The pair coached against one another on The Ultimate Fighter, but never faced off in the cage. Sonnen made his Bellator debut in January, falling by submission to Tito Ortiz. The 40-year-old has dropped four of his last five. Silva, meanwhile, has not competed since 2013. The Brazilian, who will be making his promotional debut, is coming off a second-round knockout win over Brian Stann inside the UFC Octagon.

The co-main event of the evening also features another legend of the sport in Russian Fedor Emelianenko. The former Pride champion will take on Matt Mitrione in a match-up that was originally expected to take place at Bellator 172.

Also on the five-fight card will be title fights in the welterweight and lightweight divisions. Current champions Douglas Lima and Michael Chandler put their belts on the line against challengers Lorenz Larkin and Brent Primus, respectively.

The action kicks on at 10 p.m. ET live on pay-per-view. It will be preceded by Bellator 180 live on Spike TV, which features a light heavyweight title fight between Phil Davis and Ryan Bader.

The fighters hit the scales on Friday at 6 p.m. ET. Video of the action appears above (courtesy of Bellator MMA), while the results appear below.