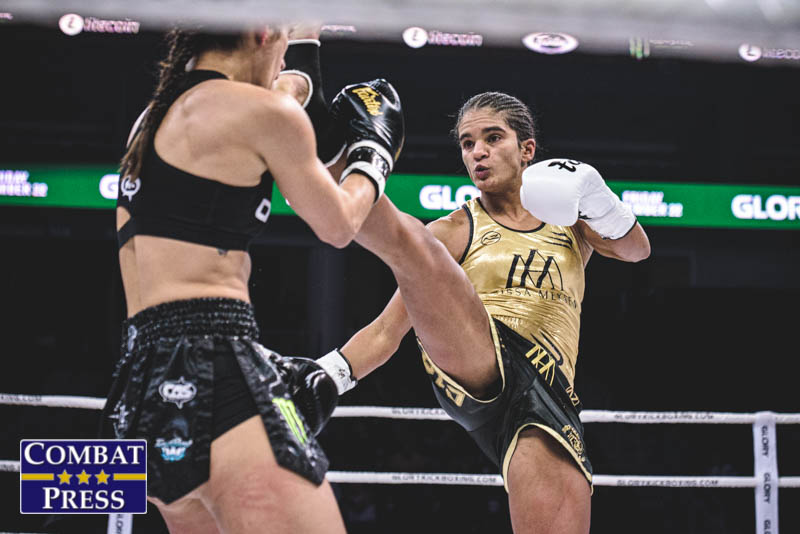 Anissa Meksen to Face Martine Michieletto at ONE Championship: Empower

A new Italian fighter has joined the ONE Championship roster. Martine Michieletto, a 28-year-old Nak Muay from Aosta, has signed on the dotted line to face French superstar Anissa Meksen in a strawweight kickboxing bout at ONE Championship: Empower on May 28. The match was originally set with Muay Thai rules, but it was then switched to kickboxing upon the request of Meksen’s team.

“The Italian Queen” holds a winning streak that spans four years and 13 fights. Michieletto has picked up four titles in as many organizations. She’s undefeated since an April 2017 decision loss to Denise Kielholtz at Bellator Kickboxing 5 in Turin, Italy, for the promotion’s women’s flyweight kickboxing crown.

“I am super happy and proud for this opportunity,” Michieletto said in a statement. “I think I deserve such a top promotion and such a tough opponent for all that I have proved over the last years. When they offered me the fight, I immediately answered yes. I would have preferred the Muay Thai rules, but at the end I don’t care. I am a well-rounded fighter, and I am mentally and physically ready for the toughest challenge of my career. She is considered the pound-for-pound queen in the world, but I will give all I have to prove all the doubters wrong.”

Since 2012, Michieletto has fought 65 times and amassed a record of 47 wins, including five knockouts, with 13 losses and five draws. The Italian fighter is the reigning ISKA K1 rules and WMF Muay Thai featherweight world pro champion. She vacated the WKU world Muay Thai featherweight pro title. As an amateur, she was twice K1 Rules WTKA world champion and the IFMA Muay Thai titleholder. She has never lost by knockout.

Meksen is ranked as the top pound-for-pound female kickboxer in the world. She has an impressive record of 100 wins, including 32 knockouts, and just five defeats. Her only TKO loss came courtesy of China’s E Meidie. Her last setback was in 2019 when she lost the GLORY super bantamweight belt to Tiffany van Soest. Meksen is still the reigning ISKA and WAKO world K1 bantamweight champ. She is also a two-time GLORY titleholder, former WPMF world Muay Thai flyweight champion, ISKA bantamweight K1 rules world champ, and World Savate titleholder.