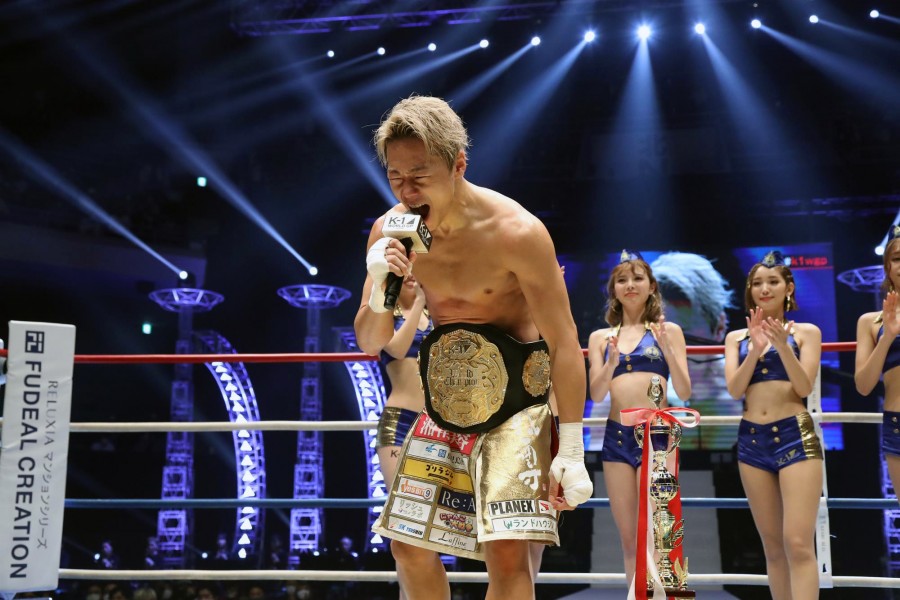 ONE Championship lightweight champion Regian Eersel moves up one spot in the rankings following his unanimous-decision victory over former top-10 welterweight Mustapha Haida at ONE Championship: Fists of Fury III to earn his 17th straight win.

The super-bantamweight division was one of the busiest in the month of April, with action from the top to the bottom of the rankings. K-1 62.5-kilogram champion Gonnapar Weerasakreck knocked out Daiki Nagumo in the second round in a non-title affair at K’Festa.4. Pound-for-pound great Wei Rui was knocked down in the first round against the hard-hitting Liu Wei. However, the multiple-time titleholder surged back to win an extension-round decision for his 12th straight victory. Jin Ying moves up one spot in the rankings following his decision win over Shun Li during the opening round of the Wu Lin Feng 63-kilogram contender tournament. Zhu Shuai was also successful in the tournament field with a unanimous decision over Wei Weiyang. Former K-1 titleholder Koya Urabe re-enters the rankings following back-to-back wins in the past six months over Yuto Shinohara and Hikaru Hasumi.

Dropped from the rankings: Yuma Saikyo (8)

Top-ranked three-division K-1 champion Takeru continued his incredible unbeaten run with one of the most impressive wins of his career. It came against the clear second-ranked bantamweight and Krush champ Leona Pettas at K’Festa.4. Sixth-ranked Zhao Chongyang was in action during the first round of the Wu Lin Feng 60-kilogram contender tournament with a victory over Yang Hua. The winner of the round-robin tourney will eventually face third-ranked Wu Lin Feng kingpin Hirotaka Asahisa. Seventh-ranked Tomoya Yokoyama scored a 29-second knockout over Yusuke to add to his three-fight winning streak. Former K-1 champ Yuta Murakoshi debuts in the rankings following a unanimous decision over Ryusei Ashizawa. Kotaro Shimano remains at ninth after his decision win over Yuki Miwa. Tenth-ranked Tatsuya Oiwa scored a third-round knockout of Naoki Yamamoto at Krush 123.

Tatsuya Tsubakihara cemented his place atop the super-flyweight rankings following a title-winning performance against K-1 king Yuuki Egawa. He earned an extra-round split decision in the K’Festa.4 Day 1 bout.

The flyweight division features a number of changes due to fighters winning important bouts, moving weight divisions, or leaving the sport. Former top-ranked flyweight Yoshiki Takei causes the biggest change after officially making his professional boxing debut on March 11. Takei held the top spot in these rankings since the creation of the formerly named strawweight division (57.5-kilograms and below) in May 2019 and the current flyweight division (55-kilograms and below) since September. He was successful in his pro boxing debut, where he notched a first-round knockout against Kazunori Takai. However, the former K-1 55-kilogram champion will be sorely missed after leaving the sport on a 22-fight winning streak. In Takei’s absence, Krush 55-kilogram titleholder and 2019 K-1 championship tournament runner-up Masashi Kumura claims the top spot following his second-round knockout of Dawsakhon Mor.Tassanai. It was Kumura’s 12th win in his last 13 fights, with his lone defeat coming against the aforementioned Takei. Former Krush 53-kilogram champ Akihiro Kaneko returned to the win column at K’Festa.4 Day 2 following his lone career loss to the now top-ranked Kumura. Kaneko put on the pressure and forced Bigbang titleholder Momotaro Kiyama’s cornermen to throw in the towel in the second round of their 55-kilogram bout. DEEP KICK and HOOST CUP 53-kilogram champion Koudai Hirayama scored a decisive victory with two knockdowns over former MAX Muay Thai and TV9 champion Jomrawee Phetnongsang at HOOST CUP KINGS KYOTO 7 to move up one spot in the rankings. Former Krush 53-kilogram kingpin Gunji Taito moved up a weight class and therefore departs the top 10. This leaves room for two new additions: Kazuzki Miburo and Junki Sasaki. Miburo moved to 10-0 following a majority-decision win over 20-year-old Begin Yoshioka for the Krush 53-kilogram belt at Krush 123. Sasaki is the former Krush 53-kilogram titleholder and a former pro boxer with a 19-4 record. Sasaki is undefeated through five fights in the kickboxing realm.

The previously top-ranked Takeru earned one of the biggest wins of his career against Leona Pettas, who was on a nine-fight winning streak against the likes top-10 opponents Taio Asahisa, Zhao Chongyang, Yuma Saikyo, Yuta Murakoshi and Tatsuya Oiwa. The victory moves Takeru back to No. 1 here despite his lack of activity over the past two years. Eighth-ranked Wei Rui remains steady following a unanimous-decision victory where he faced adversity early in the bout.